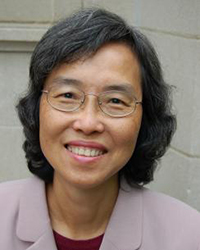 When Community Tragedy Disrupts Your Teaching

The day after the Atlanta spa shootings in March last year, my class on Asian and Asian American Theologies met via Zoom. We had scheduled to discuss worship and preaching for that class. But I knew that the murder of eight people, including six women of Asian descent, would weigh heavily on the students’ hearts.

I sensed that this communal crisis would be an undercurrent in whatever we were going to discuss, and that students needed a space to process their thoughts and feelings. It turned out that several students lived close to one of the spas. One student passed by it almost every day. These students were particularly hard hit by the murders.

The next day, two Asian and Asian American students in the class went to one of the spas to protest the shootings. One of them held a sign saying, “Stand with the Asian Community.” A New York Times journalist took a photo of them and wrote about their protest in the newspaper. Later that weekend, other students also visited the site to remember the victims and speak out against anti-Asian violence.

Prompted by the students’ activism, I gathered the Asian and Asian American faculty of my school to find ways to respond to rising anti-Asian hatred in the country. We decided to organize a webinar and invited scholars and a local activist to address “Anti-Asian Racism and Christian Responses.” The response was beyond our expectations. More than 600 people of different racial backgrounds from across the US registered for the webinar and more than 430 people attended!

Orientalized stereotypes portray Asian women as obedient, compliant, and hypersexualized. Popular media casts them as the long-suffering Madame Butterfly or the seductive Suzie Wong. During the Vietnam War, sex tourism flourished around American military bases in the Philippines and other Southeast Asian countries. Asian women’s bodies were exploited by American GIs for their “rest and recreation” during the brutal Vietnam war. Sex tourism created the myth that Asian women’s flesh is available and there for the taking.

Robert Aaron Long, the white killer of the spa shootings, said that he has a “sex addiction” and that he thought the spas owned by Asians were “safer” than paying for sex elsewhere. A member of a Christian church, he has struggled with his addiction and lashed out at the spa businesses, which he viewed as sexual temptation.

To provide opportunities to learn about Asian and Asian American women, I facilitated an online course on Asian and Asian American Feminist Theologies in the summer of 2021. I invited guest speakers from both Asia and the US to speak about feminist theology, interpretation of the Bible, Christian ethics and sexuality, interreligious learning, and leadership and ministry. The online short course attracted hundreds of participants from Asia and North America. It provided a forum for dialogue across geographical, racial, cultural, and religious differences.

The pandemic forced us to shift our teaching online in the past years. While we lament the disruption and long for in-person contact, online teaching enables us to reach a wider audience. Millions are accustomed to using Zoom as a learning platform. My short course was truly transnational and the discussion was rich and riveting. The recordings of the course were uploaded to YouTube so that people can use them as resources. As scholars we have to begin thinking about the “community” we teach in a much broader sense.

It is important to remember that Asian feminist theology emerged during the height of the Vietnam war. Some of the pioneering theologians, such as Mary John Mananzan from the Philippines, addressed the sexual exploitation of women, sex tourism, and militarism. Today, Asian and Asian American female scholars and activists continue to protest sexual abuses and harassment of Asian women by militarism, the police, and other powerful men.

Close to the anniversary of the March spa shootings, I organized a vigil for the victims at my school’s chapel. During the vigil, we prayed for other victims of war and violence, especially those who died in the Russian invasion of Ukraine and their families.

When the Korean hymn “O-So-So” was sung by a student, I invited the community gathered to place Japanese peace cranes on the altar to symbolize their prayers and solidarity. On the altar were two paintings by a local Korean American artist, Connie LaGoy, who painted them in response to the shootings. She has sold prints of the paintings to generate funds to donate to the victims’ families.

When a community tragedy disrupts our classes and teaching agenda, it opens a window for rethinking our teaching and vocation as a scholar.

Kwok Pui-lan is Dean’s Professor of Systematic Theology at Candler School of Theology, Emory University. She is the author of Postcolonial Politics and Theology; Occupy Religion (with Joerg Rieger); Globalization, Gender, and Peacebuilding; Postcolonial Imagination and Feminist Theology; and Introducing Asian Feminist Theology. Her blog can be found at http://kwokpuilan.blogspot.com