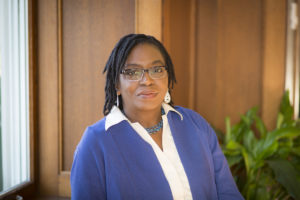 Being a professor during this pandemic has led me to several Wile E. Coyote moments. Looney Tunes character, Wile E. Coyote makes elaborate plans and employs complicated methods to achieve a singular goal—catching the Road Runner. One running gag involves the coyote falling from a high cliff; the coyote is so preoccupied catching the road runner that he runs off a cliff but doesn’t realize it for a moment. He then looks down, realizes that there is no ground beneath him, and falls. That moment that he looks down and sees that there is no ground under him is what I refer to as the Wile E. Coyote moment. He is so busy running and chasing that he does not realize that something fundamental has changed, and he can no longer run in the same way that he did before. Several times while teaching during this time of crisis, I felt like I was trying to run on  air, mostly because, I too, was chasing a singular goal—normalcy. With so much turned upside down, it is understandable that we would all want some things to remain unchanged. I realized, though, that the classroom, and the teaching life in general, was not the place I would find normalcy.

At first, I focused on changing my physical classroom course to a virtual classroom, but I did not stop to rethink my course that had been online all semester long –-even though those students were also experiencing a major context change. That’s when I realized that I was trying to run on air. When I think ahead to my weeklong concentrated course, still envisioning it as a completely in-person class, I am setting myself up to run on air. When, as collective faculty, we are leery of changes to policy for fear of loosening any standards and worry about precedent that will be set, we are trying to run on air. Wanting a sense of normalcy is very different from pretending that things are normal, or that we can continue to do things the way we have and our new normal will adjust around old rules. Teaching in times of crisis means realizing that in times of crisis, the rules are different. And in prolonged crises, the rules must be made up as we go along. Old ways of thinking no longer serve us—they will leave us running on air.

There was one time when the Coyote caught the Road Runner. But as he was chasing, he did not realize that the Road Runner had gotten much larger. This was no longer the Road Runner that he knew. Nevertheless, he pulled up to the Road Runner with his knife and fork, realized that it was too large to eat, turned to the viewers, and angrily held up a sign to the audience: “Okay, wise guys,--you always wanted me to catch him–now what do I do?” In this time of pandemic, our classrooms, schedules, and overall reality have changed—for us and our students. Approaching this time as though it is normal may just be too big for us to devour right now. There will be a new normal when this crisis is over, but we do not know yet what it will look like, or when it will begin.

So, maybe, we need to stop creating elaborate plans to catch the proverbial road runners professors pursue. We need to stop chasing the fear that our students’s education will be diminished if they don’t do all the things in the syllabus. Stop chasing our pre-pandemic publishing plan. Stop chasing all of New Year’s  teaching and professional goals we set only four months ago. Some of us may continue to run, but now in a new direction as we learn our new contexts and work with students on how our learnings help us to respond. Some of us may jog as we relax expectations of our students and ourselves. Some of us may slow to a walk as we journey with students trying to make sense of it all. And sometimes we will need to sit and give ourselves permission to let many of our pre-pandemic plans just, “beep beep,” on by.

Annie Lockhart-Gilroy is a womanist pedagogue and practical theologian who writes and teaches about emancipatory pedagogies, embodied pedagogies, and the spiritual formation of youth. She is Assistant Professor of Christian Education and Practical Theology at Phillips Theological Seminary in Tulsa, OK.