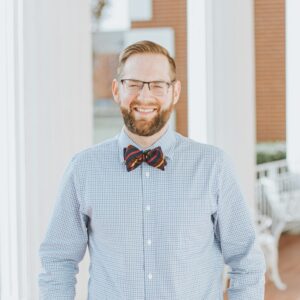 Learning and Teaching Without Walls (Pt. 2)

My fall 2021 “God and the Human Person” students had just read M. Shawn Copeland’s excellent piece “Scripture and Ourselves: Reflections on the Bible and the Body” and were having a rich discussion on the goodness, beauty, opportunities, and limitations of the experience of being “body-persons.”[1] Every time we engage ... 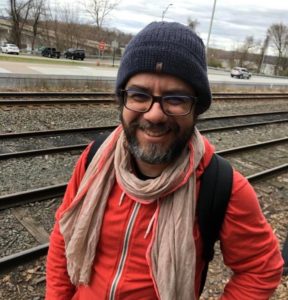 At the end of November I experienced a disastrous event: I lost about 1,600 files from my computer. For reasons I’d rather not discuss, all I know is that years of heavily curated material and so much hard work are gone. All of the books I’ve written are gone. ...

Luis S. Villacaňas de Castro, an assistant professor in the department of Language and Literature Education at the University of Valencia in Spain, wrote Critical Pedagogy and Marx, Vygotsky, and Freire as a companion volume to his earlier book The Copernican Turn and the Social Science, which was published in Spanish in 2013. Villacaňas de Castro writes extensively in epistemology, critical pedagogy, political philosophy, and language education and publishes ...

Luis S. Villacaňas de Castro, an assistant professor in the department of Language and Literature Education at the University of Valencia in Spain, wrote Critical Pedagogy and Marx, Vygotsky, and Freire as a companion volume to his earlier book The Copernican Turn and the Social Science, which was published in Spanish in 2013. Villacaňas de Castro writes extensively in epistemology, critical pedagogy, political philosophy, and language education and publishes in both Spanish and English.

This volume has three sections and an introduction. In the introduction, the author explores the Copernican turn, which involves paradigm-shifting theories. He argues that four scientific theories qualify as Copernican turns: Freud’s psychoanalysis; Marx’s works in sociology; Neo-Darwinism; and the Theory of Relativity. Villacaňas de Castro explains that “a Copernican turn thus involves two kinds of knowledge: about the object and the subject; knowledge about specific realities; and also new knowledge about how human beings should understand themselves in relation to those four objects” (2). He argues that each Copernican turn creates epistemological obstacles, and he engages these obstacles through the lens of the German concept Erscheinungsformen, which he translates as phenomenal forms. The author explores “the threats and difficulties that the Erscheinungsformen pose to teaching and learning, and how educators should negotiate these obstacles” (5). Villacaňas de Castro uses the works of Marx, Vygotsky, and Freire to translate the epistemological obstacles into pedagogical problems and then engages pedagogical approaches to solve the problems (7). The author argues that these pedagogical approaches justify participatory action research as the most effective educational approach.

The last part of the book, Section III, explores the theory and practice of educational action research. Using Freire’s pedagogical approach and John Elliott’s liberal pedagogy, the author concludes “that John Elliott does not provide educators with a liberal pedagogy, but rather an appropriate method for them to fulfill their main critical goal: to help students understand the nature of the key subject matters that determine their life in society” (114). This supports Villacaňas de Castro’s argument and he concludes that participatory meta-action research is “an effective measure to break the vicious circle both students and I have fallen into” (144).

This book is a very complex and abstract argument. Villacaňas de Castro’s academic writing style will throw off many readers. His sentence structures are very long (including a 141-word sentence on pages 86 and 87) with many embedded clauses. This makes attempting to unpack the already difficult concepts of Marx, Vygotsky, and Freire more challenging. However, the author develops a solid case for a stronger critical pedagogy rooted in participatory action research.

Theological libraries that support programs with components of theological methodology should add this text to their collections. In addition, faculty and graduate students who are working with participatory action research should read this book to explore the epistemological foundations of their methodology.