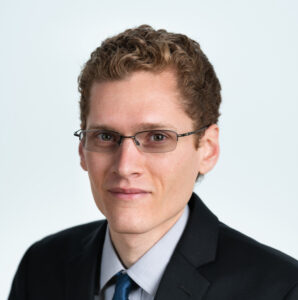 We were halfway through the first day of class when a student started viciously criticizing a TED talk I had just shown. It wasn’t hard to determine where the student’s criticism was coming from. He was furious that I would consider a woman worth listening to. He was spewing misogynistic hate in a room that was 70 percent female. On the first day of class.

I responded to the student’s misogynistic rant in my usual way. Trying to stay calm, I seized on something he was saying I could spin into a statement I agreed with, interrupted him with a “yes, and,” and proceeded to explain the value of the points made by the woman in her talk, being sure to emphasize how important and insightful they were. I never heard a misogynistic word out of him again. He never mistreated his female peers (I monitored closely) and by the end of the term was thoughtfully engaging with readings by female authors. It probably helped that he was surrounded—in my class alone—by thirty brilliant young women who were living proof of women’s intellectual capacities. It also helped that I was a white male, in a position of authority, who had not let him get away with saying misogynistic things unchallenged, even if I did use a strategy inspired by nonviolent conflict transformation techniques rather than direct confrontation and criticism.

This story illustrates the power of embodiment, even in the form of a video. I doubt assigning a book or article by a woman would have elicited the same visceral reaction. Honestly, it usually takes me strategically getting a little angry in class to get students to stop routinely misgendering authors as “he,” despite my best efforts to ward off that habit, including through strategies like making cover pages for PDF readings that include a short biographical statement on the author. We often think of “embodiment” in teaching as referring to the kind of presence the teacher has in the classroom. Perhaps we also need to find ways to apply embodiment strategies to the authors we assign. Do we lose some of the power of a diverse syllabus when the authors remain just names on a page?

In my classes, I try to use media to help highlight the diverse array of voices I hold up as worth listening to. Sometimes I assign a video or podcast or invite a guest speaker in person or on Zoom, but since most of the assigned readings are books, individual chapters, and articles, I also find other ways to help my students see our authors as real people. I often weave short videos or clips of lectures by our authors into my lessons. Lacking those, I’ll include a photo of an author alongside a quotation from their work in a slideshow. These aren’t complicated interventions; however, I fear that without them my students miss the diversity in my syllabi. This is perhaps most true of those students who most need to see it, those so steeped in patriarchal culture that even a “Barbara” or “Maria” becomes a “he.”

Such interventions might not be the best idea if the message your reading list sends is that your field is dominated by cishet white men or that they are the only ones worth listening to, reading, or studying. Applying embodiment strategies to authors assumes that we’ve already done the work of diversifying our syllabi with the voices of those whose gender identity, sexual identity, racial identity, ethnic identity, nationality, language background, disability, age, religion, socioeconomic status, etc., both reflect the full diversity of humanity and affect their scholarship.

As a white male, I don’t often deal with the kinds of challenges to my authority and expertise other educators experience, at least not from my students (as an adjunct, administrators and my tenure-track colleagues routinely devalue my expertise and experience). This means that my embodiment in the classroom is not particularly fraught. If anything, I have to take care not to be too intimidating lest my presence stifle participation. My identity and positionality also give me a platform and a responsibility to challenge worldviews that dehumanize and devalue those whose backgrounds, identities, and experiences are different from mine. Making the authors in my syllabi a little more real for students is one small way I pursue that goal.

Jeffrey D. Meyers is a nonviolence theorist and theologian whose work brings theology and biblical studies into conversation with scholarship on nonviolent resistance. He has taught courses in peace studies, theology, and religion at DePaul University, Gonzaga University, Elmhurst University, Catholic Theological Union, and the Lutheran School of Theology at Chicago. A pedagogy nerd, he is especially interested in developing pedagogy, curricula, and programs that engage and develop multilingual students’ non-English languages.