Home > Resources > Blog > Teaching On The Pulse > Courses Are Not Words, After All
Selected Items Select an item by clicking its checkbox
Actions for selected results:
Sign-up to receive email alerts when new blogs are posted Read our Blog Series List of  Bloggers 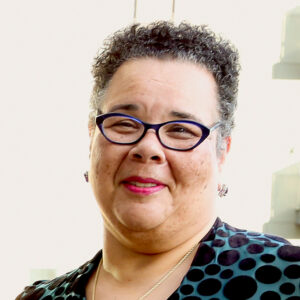 Courses Are Not Words, After All

Nancy Lynne Westfield, Ph.D., The Wabash Center for Teaching and Learning in Theology and Religion
Blog Series: Teaching On The Pulse
May 02, 2022

One of the many joys of reading poetry is the fluidity of meaning to which poems lend themselves. Mary Oliver’s poetry allows the reader to imagine their own situation, ponder, then gain dynamic insight. From A Poetry Handbook: A Prose Guide to Understanding and Writing Poetry (Mariner Books; August 15, 1994), Mary Oliver wrote:

For poems are not
words, after all,
but fires for the cold,
ropes let
down to the lost,
something as
necessary as bread
in the pockets of
the hungry.

Teachers! Can we make this declaration with firm regard and assuredness about our courses, our teaching, our livelihood as faculty? What would it mean if, with the help of Mary Oliver, we whispered one to another:

Often, I wonder what a course is, or what it is for. I know the mundane of why courses are taught. The curricular obvious and the institutional mechanics are part of my understanding; I am not asking about the obvious or the mechanical. Instead, I wonder if courses matter? Are courses important, impactful, and when they are – what makes them so?

What makes a course fire? Rescue? Or sustenance for the poor?

Mostly, when I was enrolled in courses, very few experiences had the gravitas of the comparison with Mary Oliver’s provocative images. Like most folks with a terminal degree, I was enrolled in formal course work for over twenty years – if I start counting from kindergarten. In most cases, the teacher did not do anything wrong, but neither had they done anything like bringing fire for my warmth or letting a rope down when I was in a pit. And, I have inhabited cold, dank, pits.

It is too easy to recount experiences of flimsy teaching, but their commonness is crippling to our students. By the second week of a required course in college, my friends and I figured out that the lectures of the professor were excerpts from the primary text. During the weekly hour-long lectures, we sat quietly in class and highlighted the passages she read aloud from the re-typed pages she laid on the podium. Occasionally, the teacher would skip pages in the text causing us to, with a flurry, turn pages until we found the passages to which she had jumped. I always wondered if she noticed that we were not taking notes, but highlighting the textbook, and if so, what did she think about this. At mid-term and final, in preparation for the tests, my friends memorized the passages in the book. I, thinking that a waste of time, got a “B” in the course because I refused to “study.” I was bored in the course.

We have all survived teaching that has been reduced to words, facts, and data. Mary Oliver bids us to take stock of the possibility that teaching could be, after all, life changing and lifegiving. Given this opportunity, it would behoove us to set our intentions as if we are about course design with transformative power. The power to feed the hungry, locate the lost, and set the captives free.

I have been a student in several courses where I received healing, inspiration, and renewed agency to meet my vocation well prepared. Some courses shifted my core values and deepened my commitments. Some courses were exemplars of a call to action for the rest of my career.

In 1985, one such course was titled Ministry and Mission of the Church in the World Today. It was co-taught by Jack Seymour and Robert O’Gorman. I found the course interesting, and equally, I was fascinated to watch the two scholar/friends as they taught. I learned as much by watching them teach as I did by being taught by them. Three sessions before the end of the semester, I found myself sitting in the classroom quite frustrated. Near the end of that day’s lecture, I raised by hand, and fumbling for words, asked a question about implication and application. As was the established practice, each professor took a turn responding to my question. Both responses said that questions of implication were not part of this course. My frustration deepened. I furrowed my brow, frowned my face and spoke back - vehemently. I, in graduate student authorial voice, informed my teachers that our conversation had to include conversation on implication because without that, I said, “What was this course for?” The two men were surprised by my outburst, but not deterred. They said they would discuss my request. At the next class session, Jack and Bob informed us that they had adjusted the course syllabus for the final weeks. The new design now included two sessions focused on implications and applications. At the announcement, the class cheered! I was amazed and changed by having had my curiosity taken seriously.

I am not suggesting that all courses should include questions of implication. I am suggesting that, if we are intentional, courses can become spaces for teachers and students, who together, learn to kindle passions, braid ropes to lower sojourners over sheer cliffs, something as necessary as cool water in drought.