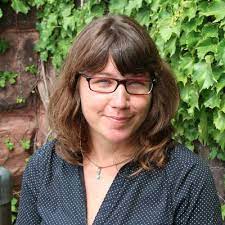 When I was writing this post, an American congressional representative is being criticized for Islamophobic remarks about a fellow member of Congress in what is just the latest example of anti-Muslim sentiment in American culture. In a widely publicized video, Colorado representative Lauren Boebert claims that she had a chance encounter with representative Ilhan Omar of Minnesota, the first Somali American and one of the few Muslim women in Congress. Describing the moment when the two representatives found themselves in the same elevator, Boebert concluded that there was no threat to her life because Omar wasn’t wearing a backpack. Boebert’s reliance on Islamophobia to galvanize political support reveals how entrenched anti-Muslim racism is in American culture. Negative and discriminatory attitudes towards Muslims, and anyone perceived as Muslim, is a historical and continuing problem that needs to be addressed in the religious studies classroom not only by scholars of Islam, but by anyone teaching about religion in its historical, sociological, and political dimensions.

In several years of teaching about Islam in the American university classroom and in public outreach, I have used diverse approaches and materials to educate about the problem of Islamophobia as a historical trend and as a part of contemporary culture. In this post I will describe how highlighting an often-overlooked aspect of American history is an effective method to challenge primary claims about Islam and Muslims created by Islamophobic attitudes in an American context. In short, teaching the history of the earliest American Muslims is a key strategy to combat anti-Muslim sentiment because their lives and contributions undercut arguments that Islam, and Muslims, are un-American or foreign to American culture.

Many students are surprised to discover the long history of Muslims in the Americas, which has its origins in the seventeenth-century slave trade. Scholars estimate that anywhere from ten to twenty percent of the Africans forced onto slave ships bound for the American colonies were Muslim. Many of these Muslims were raised in West African Sufi communities and educated in religious sciences such as the Qur’an and the hadith literature. They were also often multilingual and knew the native African language of their families as well as the Arabic necessary for competency in reading Islamic texts and commentaries.

The stories we have are mostly of Muslim men, who were often regarded as exotic because of their literacy and entrepreneurship. While many Muslim slaves were forced to convert to Christianity or pretended to in order to survive, others were respected for adhering to a religious tradition that, like the Christianity of slave owners, was monotheistic. Some of these Muslims became celebrities during their lifetime, such as Yarrow Mamout of Georgetown, who was able to purchase his freedom due to a successful brick-making business. Omar ibn Sayyid is known as the first Muslim slave to compose his autobiography in 1831. This document, written first in Arabic and later translated into English, offers a unique perspective on history, self-expression, and religious identity in the context of the bodily and intellectual domination that slavery required. The stories of emancipated Muslim slaves living on Georgia’s Sapelo Island offers evidence of women’s religious lives in terms of the ritual prayers they engaged in, and the traditional saraka cakes they made as part of West African Muslim celebrations.

Acknowledging the earliest histories of American Muslims is an important step that undercuts Islamophobic claims that Muslims don’t belong in American society and cultural life. Put simply, African Muslim slaves lived in what would become the United States before that idea had been fully articulated and independence from Britain had been declared. It is also important to point out that these Muslim slaves, like all of the enslaved, literally built the American nation with their labor. The lives of these Muslim men and women also help to complicate mainstream assumptions regarding the identities of the enslaved, from their socioeconomic backgrounds in Africa to their literacy and their religious identities.

There are many ways to extend these threads introduced with examination of the earliest American Muslims. One could follow this with a unit on how Muslim histories, values, and texts served Black Americans during the twentieth-century Civil Rights movement. Muslim communities in cities such as Chicago offered crucial safety and security to Black women who sought refuge from gendered discrimination and benefitted from vocational training provided by Muslim organizations such as the Nation of Islam. I draw on the lives and leadership of prominent Black American Muslims such as Noble Drew Ali, Elijah Muhammad, and Malcolm X to show how Islam offered an empowering identity that was, crucially, not the Christian identity of many white Americans opposed to racial equality. I also believe it is important to use these histories to show that the religious character of the Civil Rights movement is more than the Christianity that informed the work of Martin Luther King Jr., among others. Learning about the role of Islam during the Civil Rights movement shows students how Muslims inspired by Islamic concepts helped to shape civic discourse at a formative moment in American history.

Highlighting these histories in the classroom provides an opportunity for students to rethink how they define Islam and how they define America. It raises awareness of the fact that Muslims helped to build some of the very institutions that are the foundation of the American nation. The Muslim history of the United States is an essential and valuable tool for educators looking to help students criticize the problem of growing anti-Muslim racism in our current political and cultural moment.

About Jaclyn A. Michael

Jaclyn A. Michael is an Assistant Professor of Asian Religions at the University of Tennessee at Chattanooga. Her research and teaching interests include global Islam, Muslim South Asia, gender and sexuality in religion, and the racialization of religious minorities. She is currently developing a book manuscript on Islamophobia in India.