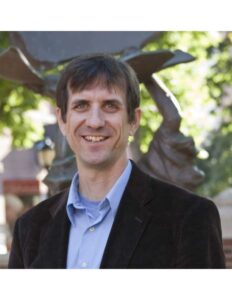 Talking in Circles: Democratic Habit Formation in the Classroom

Our only chance to achieve collective happiness comes through extensive conversation punctuated here and there with votes, which will themselves over time, in their imperfections, simply demand of us more talk. ~ Danielle Allen [1]

I grew up during the transition from handwritten comments on high school report cards to a pre-populated set of options for teachers to deploy each quarter in a tidy, standardized font. The most frequently deployed comment on my cards: Talks too much in class. Reading Danielle Allen’s Our Declaration, a lively and provocative defense of the centrality of equality in the Declaration of Independence, I have come to appreciate that perhaps I was just a budding democrat, joining the timeless quest to “achieve collective happiness” through “extensive conversation.” I am not sure my teachers saw it through quite the same lofty lens.

While the college classroom is no stranger to the phenomena of the student who talks too much—and most often, those students look a lot like me—it seems the more pressing concerns have to do with the stifling (or alternatively, trifling) of conversation. We can’t talk about the election, the protests, the mask mandate, the insurrection, the [fill in the blank with any issue of collective importance] because. . . it is too polarizing, it leads to cancel culture, it offends. . . .

Or, in that familiar, euphemistic sleight of hand in every professor’s tool belt: we have too much content to cover, too many lecture slides to get through. We might well ask, are we doing enough to encourage that most fundamental habit of a democratic people: talking with one another? What would it mean to organize our syllabus around the conditions for conversation? This does not mean content drops out. But in this particular moment, I have found that a little content goes a long way—that what many students appreciate most is simply the opportunity to talk, or more accurately, to be heard.

I spent the month of June piloting a college-level course for local high school students. Though there were several elements that made this course idiosyncratic—small class size, embedded mentors, self-selected three-week summer intensive—it was a reminder of how our classrooms can promote the habits of the heart de Tocqueville and those who followed him saw as the seed from which formal democratic institutions arise and are sustained.

At the start of our second week of class, I invited another student to come in and facilitate a talking circle process, to model the underlying circle logic of restorative practices we had been focusing on. I rarely use circles like this in class, aware of, among other things, the fine line one walks between modeling conversation and group therapy, as well as the problems of scale and trust in classes that tend towards the 25–35 student range rather than the 5–8 range. But in this unique setting, the circle process worked well on many levels including, most importantly, modeling the relationship between speaking and being heard—of having a voice. Critically, I was a participant in the circle, not the circle-keeper (or facilitator). This meant that conversation did not flow, as too often happens in seminars, from professor to student to professor to another student. After finishing the circle, the students requested that we do another one before the end of our three weeks together. This time the students designed the questions, skillfully constructing a set of guiding prompts that moved back and forth between lighter fare (funniest memory from class) and self-evaluation (how will you bring what you learned in this class into your life after class ends?).

A consistent refrain in that closing circle was how different this class was than what they have experienced in high school. Here they were co-creators, rather than passive recipients of knowledge. Their views were sought out, heard, and had an impact on the flow and content of the class. The passion with which they critiqued their high school experience gave me pause to wonder about what models students entering our college classrooms have for “talking too much” in class, or, rather, “achieving collective happiness” through “extensive conversation,” that is, for becoming participants in a democracy.

It is easy to dismiss the unique features of a college classroom as not applicable to the wider forums where fellow citizens struggle to recognize one another as the “we” in “we, the people.” But I take some hope from the other consistent refrain in our class: these students were hungry for practical advice on how to have conversations with people with whom they disagreed about the issues we are facing as a society. In a class on race, resistance, and reconciliation, what they most wanted was to be heard and to learn better how to hear others—a request for the very thing college seminars would seem to be designed for, the very thing that democracy demands of us. That is hopeful: A generation cognizant that they do not have good models for this, that the hegemonic social media landscape in which their communication skills are being developed are not up to the task.

Circles, of course, are not a panacea; they, too, are threatened by the same hyperbole of many trending “solutions” to the ills undermining our democratic experiment. I am under no illusions that the work we do  in our classrooms will magically solve the crises of societal and institutional trust, or even that it will hold at bay the forces intent on undermining the conditions that make the work of democratic habit formation central to the academic mission and our classrooms. Nonetheless, I am committed to finding ways our classrooms can “demand of us more talk”—but not just talk by me, the professor. The last thing I want on student evaluations is: Professor talks too much in class.

[1] Danielle Allen, Our Declaration: A Reading of the Declaration of Independence in Defense of Equality (New York: Liveright, 2014), 82.

Dr. Matthew Bersagel Braley serves as an associate professor in the Ethics, Culture, and Society Department and Director of the Honors Program at Viterbo University. He teaches undergraduate and graduate courses on racial reconciliation, social justice, peacemaking, ethics, religion, and global health. He is passionate about getting students out of the classroom and into the community to serve and learn– locally and globally through study away courses. Currently, he is working on a project highlighting creative ways persons overcome barriers to participating in the central social institutions of U.S. society - a project informed by his fellowship with the Leading Causes of Life Initiative, an international network of scholars and practitioners committed to organizing our institutions and communities around that which promotes human flourishing.