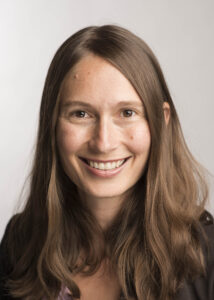 The first time I taught Interfaith Justice and Peacemaking, a class that explores interfaith efforts to create a more just and peaceful world, I began the class by discussing terms. What is justice? What is peace? I gave students quotes to read from various figures in American society and asked them to reflect on these famous persons’ notions of justice. Martin Luther King Jr.’s “Injustice anywhere is a threat to justice everywhere” and Cornell West’s “Never forget that justice is what love looks like in public” were some of the quotes that made it onto the strips of paper I passed out to students. The exercise worked fine but it did not invite the kind of openness I was hoping for. It didn’t give students insight into how our various life experiences inform our understanding of what is just and unjust.

A year later, I tried a different approach. I printed out results from an image search of the word “justice” on Google. I settled on five interesting, although imperfectly representative, black and white images: a raised fist, a gavel, lady justice with scales, a silhouette of a crowd of people with mouths exclaiming, and an image of children watering a tree. I created five desk stations and placed an image in the center of each one. I invited students to sit together facing one another in groups of three to four at each station and to freewrite about how the images made them feel—their gut reactions, emotions and memories stirred, and further images that came to mind. Then, I invited them to share their feelings and experiences with the other students at their station. Once everyone had a chance to share, they were encouraged to reflect on how, if at all, these images squared with their own senses of the word “justice.” This time, students opened up in ways that surprised me. They shared stories of positive and negative encounters with the police; stories of being treated fairly (and unfairly) by teachers; and discrimination they faced in their hometowns and at Regis. They brought up volunteerism, breaking the law, and efforts to change the law. And upon hearing the stories of their classmates, at least one student responded by saying, “I never thought of justice that way before.” The conversation that emerged framed justice as something more than retribution and in contexts as diverse as students own backgrounds. Genuine listening occurred between a group of students who included first- and second-generation migrants to the US from Mexico and Iran, an international student, an army vet and mother of two, feminists, atheists, Protestants, Catholics, and a Muslim-raised but Buddhist-leaning environmentalist, to name a few. In short, they discussed justice from all the angles I had wanted to teach them about.

Students have a lot to teach one another. Though it’s easy to forget, the collective knowledge of the classroom in terms of personal experience and wisdom is often richer, more diverse, and potentially more transformative than my framing of a topic alone. Many of my students know all too well what it feels like to be a victim of an injustice. When given an opportunity to share these insights with one another, they arrive at a broader and more personalized understanding of justice than can be represented by a few famous figures’ quotes. This collective understanding is foundational to their ability to work together across lines of difference to build a more just and peaceful society. But creating an inclusive classroom environment where a diverse group of students can share with and learn from one another is not easy.

Last week, in a writing seminar, as part of an assignment geared toward helping students avoid hurtful essentialisms in their writing, I gave students a writing prompt in which they were to reflect on an experience when they felt misunderstood because of their race, gender, faith, sexual orientation, country of origin, or economic status. One student, from Vietnam, wrote about her experience being accosted in a Walmart shortly after the COVID-19 pandemic broke out. A middle-aged white man came up from behind her and yelled at her for bringing the virus to the US from China. Shaking, and thus still physically bearing the wounds from this emotional trauma, she described to us the various cultures of Asia, and how it felt to be lumped together with people from forty-eight different countries, and blamed for a virus she did not create. Another student in the class, a white student from Kentucky, shared his experience of being called a racist because of an emoji he shared with a friend. “She thought I was being racist and I wasn’t! My best friends are Mexican and black. I chose the Latinx fist bump emoji because I like it. But I didn’t care. I didn’t let it get to me.” Everything about his body language—his shaking voice and red cheeks—betrayed the fact that it did get to him. These two students’ stories, the juxtaposed narratives of the one—a victim of racism, with the other—a person accused of racism, were pregnant with teachable moments. I listened to both, even tried to pause and slow down. Still, I failed to think of the right questions to ask in the moment. “How did that make you feel?” was all I could muster.

In reflecting on what transpired, I’ve come to realize that while I appreciated both students’ willingness to share, something about his story directly following hers felt misplaced to me. While the student from Kentucky’s story mattered, and has much to teach us, it was in no way on par with the Vietnamese student’s story. They were not equal victims. Being blamed for bringing COVID-19 to the US because one appears to be of Asian origin is a far heavier burden to bear than being questioned about one’s use of a Latinx-looking fist bump emoji, especially when considering our country’s history of racism against Asian Americans. Moreover, I had asked students to write about an experience when they felt misunderstood because of their race, gender, faith, sexual orientation, country of origin, or economic status. Did the white student’s story of being accused of racism qualify?

In “Pedagogies in the Flesh: Building an Anti-Racist Decolonized Classroom,” Karen Buenavista Hanna proposes a model of classroom dialogue that disrupts the conventional free-market models. In engaging with prompts or readings related to racism or sexism or any other kind of institutionalized oppression or injustice, she recommends that students be permitted to share only stories that happened to them, not stories that happened to a friend or someone they know. What this set of discussion parameters does is upend the normal colonial-based hierarchies of the classroom. It forces those who are used to speaking to listen and gives those who are used to listening a chance to speak, which begs the question, did I fail my students by giving them a prompt for which not every student had a response? Should I have reworded the prompt to say, write about an experience when you were misunderstood because of your race, gender, sexual orientation, or economic status OR if you don’t have such story, save your blank paper for notetaking in the conversation that follows?

There are no easy ways to have an interfaith conversation on the topic of justice (and injustice). There’s no exercise or prompt that works all the time, and no set of fail-proof directives for the teacher-facilitator. The beauty of the interfaith classroom is that every person adds uniquely to the dynamic of the classroom. This is also the challenge. What I do know is that facilitating dialogue across lines of difference requires the acknowledgement that we’re not all equals—we can’t all contribute equally to every conversation on racism or other kinds of systemic injustice. Next time I ask students to write about being misunderstood, I might set up the conversation a little differently: “Write about an experience when you were misunderstood because of your race, gender, sexual orientation, or national origin and/or write about an experience when you were accused of being racist, sexist, or prejudiced in any kind of way. We’ll hear from everyone, but let’s give those who responded to the former set of questions a chance to speak first. Then, we’ll consider how all of us might be hurt by racist and essentialist thinking even if such thinking hurts some more than others.” I owed it both of my students—the one from Vietnam and the one from Kentucky—to help them unpack their stories. I wish I had asked the student from Kentucky, “How did that make you feel?” followed by “Why do you think your friend felt hurt by the emoji you sent?” I think he is brave enough to receive those questions. Or maybe I could have invited my students to pose compassionate questions to their classmates from Vietnam and Kentucky? Maybe their inquiries might have led us to an epiphany about justice I have yet to even imagine.

Erin Nourse is assistant professor of religious studies at Regis University in Denver, Colorado. She is an historian of religion who employs an ethnographic approach to the study of religion. Her research has focused on birth rituals and rites of initiation for the newly born in the pluralistic very of Diégo Suarez, Madagascar. Her interests include ritual, African religions, and the manner in which people construct religious identities in pluralistic religious communities.