Home > Resources > Blog > Social Justice and Civic Engagement > “Just Theology”: Reflections on Teaching about the Relationship between Theology and Justice
Selected Items Select an item by clicking its checkbox
Actions for selected results:
Sign-up to receive email alerts when new blogs are posted Read our Blog Series List of  Bloggers 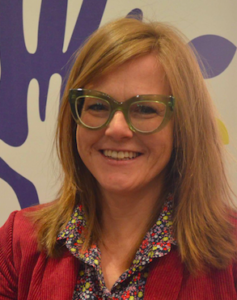 “Just Theology”: Reflections on Teaching about the Relationship between Theology and Justice

Since last fall, the theology department at my institution, St. Ambrose University, has been offering a new course called “Just Theology.” On the first day of class each semester, I like to poll the students to ask them what they think the title “Just Theology” means. Most of the students’ answers reveal that they assumed they had signed up for a basic theology class, one that covered religious principles only—without any math, science, or art mixed in. In actuality, the class is designed to introduce students to the study of Christian scripture and theology through the lens of justice.

I’ve learned more from this first day activity than that my students are bad at puns. Many are surprised to learn that theology has anything to do with just action in the world.

In an effort to analyze this trend more deeply and to see if the course is successful in teaching about the relationship between justice and theology, my department chair, Lisa Powell, developed a survey to distribute to our students on both the first and last day of class. The survey asks students to respond to five statements: (1) “Acting for justice is central to the Christian life”; (2) “Racial justice is an important part of the Christian message”; (3) “Christian teaching can have a liberating message for women”; (4) “Care for the earth is an important part of Christian teaching”; and (5) “The Bible shows God’s particular concern for the poor.” Students indicate their belief about each statement from the following options: “strongly disagree”; “disagree”; “agree”; “strongly agree”; and “I don’t know.”

The surveys are helpful in gauging what my students’ preconceptions about religion and theology are, especially at the beginning of the semester, so I can identify the starting point for our conversations. This semester’s data was particularly noteworthy.

Of course, John Lewis’s life and funeral provides a heroic and exceptionally clear example of the relationship between God and just action in the world. But the students seemed to miss the connection. Instead, they told me that they understood his civic engagement (and civic disobedience) as stemming from his affiliation with the Democratic party. As a counterpoint and illustration of black liberation theology, I read the students this quote from President Obama’s eulogy: “Like John the Baptist preparing the way, like those Old Testament prophets speaking truth to kings, John Lewis did not hesitate—he kept on getting on board buses and sitting at lunch counters, got his mug shot taken again and again, marched again and again on a mission to change America.” [i] One student responded to the quote by mentioning that it was President Obama who delivered the eulogy. They seemed to be arguing that political party affiliations and values were more probable indicators of one’s work for social justice in the world than one’s theological commitments.

This summer as I prepared for my classes, I knew this semester would be a complicated one for students in nearly every aspect. I revised syllabi and lesson plans to account for and to integrate the COVID - 19 pandemic and increased exposure to ongoing racial injustice, but I neglected to consider how deeply the pre-election, polarized political landscape would impact students’ assumptions about theology and justice.

One student honestly explained to me that they responded “strongly disagree” on the survey because when they scroll through social media, they only see Christianity associated with injustice, and usually with the political “right.” Donald Trump’s photo op with the Bible in front of St. John’s Church offers a poignant example of such.

After just one week of this fall semester, I’ve learned that I need to be more cognizant than ever before, about so many things—including students’ presuppositions about religion and politics, and theology and justice.