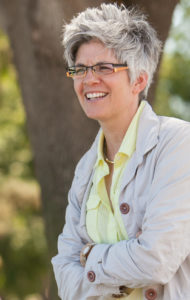 What Preachers Can Learn from Filmmakers Part 3 (of 4): “Big Picture” Editing

In the first blog of this series (readers are encouraged to read this introductory blog, “Nobody Goes to the Cinema to Read the Screenplay,” HERE), I noted that I’ve tried to boost my multimedia literacy by becoming a student of the cinema and seeking convergences between filmmaking and homiletics. The second blog introduced the importance of audience impact in filmmaking (and especially “impact teams”) as a model for encouraging preachers to find out the impact a sermon actually has had on their hearers’ lives (find Part II HERE).

It’s time now to turn to editing, an important step in both filmmaking and preaching.

As effortless as it might seem, “a film is a universe where chance is never an excuse for anything . . . it is a series of hundreds of very particular decisions, and every single one of them must be felt. That is the agony and the satisfaction of the process.”[1] The same is true in preaching. (Unfortunately, sometimes the “agony” bit as well.) Instead of chance, we might talk about the Holy Spirit. But even then, it is often said that crafting sermons is “10% inspiration and 90% perspiration.” Part of the 90% is coming up with content, but another part is the arrangement of that content. That’s where editing comes in. Two big picture editing tasks have to do with changing scenes and cutting.

A lesson in scene changes begins with the script. Look at a film script and you will find that screenwriters indicate a scene change as such:

Every time the scene changes (even simply from the interior of a room indicated as “INT” to the exterior indicated as “EXT” or, in this case, from one interior observation room to another), the screenwriter makes such a notation. In the homiletics classroom, it is instructive to have the screenplay in hand while watching the scene to become more observant of these changes. When the editor has done a successful job, we hardly even notice such changes when immersed in the film. While preachers want hearers to have this experience, it will not be a seamless one if, in the crafting process, preachers are not aware of the scene changes and the sense-making they serve.

Therefore, literally inserting scene directions like these in our sermon scripts (as a reminder, I call them scripts) is one step (and not a very time consuming one) in the revision process. This helps us see if scenes are changing too often or not enough, or if they are in the right order. So, for example, one might see the following in a sermon script.

It often comes as a surprise to preachers to see how many times they flip back and forth between the 1st c. and the 21st c. in only one paragraph of writing. The result creates a kind of “homiletical jet lag” for the hearer and, therefore, needs to be edited.

If preachers do keep the back-and-forth nature between centuries, transitional phrases become very important as “establishing shots.” Unlike the filmmaker, the preacher typically does not have a visual to suggest such a change. The visual must be created with words. A common (if not somewhat cliché) transition is, “just like the disciple, we . . .” At least this serves to move the hearer from the 1st c. to the present.

Pardon the violent imagery, but “Kill Your Darlings” is the phrase used to exhort creatives to get rid of one’s pet (some say “self-indulgent”) scenes in order to serve “the greater good of the work.”

In the same way that filmmakers know that movie-goers will not sit for a 4-hour film (nor will their budgets allow for it), preachers know the time expectations of their parishioners. A one-hour worship service likely requires a sermon that is no longer than 15 minutes. So, using best practices from filmmaking, teachers can teach the following steps to student preachers.

First, return to the importance of impact; in preaching, this is called the sermon’s function. Make sure each move of the sermon advances that hoped-for impact and cut everything that does not. While that opening joke might get a laugh, if it does not guide people to a deeper relationship with Jesus, cut it.

Second, rethink too much exposition of background story. Think: less is more. The film editor discovers it may not be necessary to run through a montage that begins with the moment of the protagonist’s birth, followed up with a wide shot of a current house before getting to the argument with one’s kids in the living room. Staying close on the body language during the living room dialogue, with an occasional shot of the photographs on the mantel, will give us the idea that there is a backstory. The same is true in preaching. The preacher need not reiterate the entire story that was just read a few minutes earlier. After offering an “establishing shot” followed by a transitional phrase, zoom in to the action of the scene of the living room. Let the hearers fill in the surroundings after you’ve given them what they need in order to do so.

Now, I suspect many preachers hardly have enough time just to come up with something to say Sunday after Sunday, much less spend time in the “editing room.” As a teacher of preaching, I tell students that while I cannot give them time, I can teach steps for revising if and when they have even small bits of time. If nothing else, I encourage them to watch more films with an eye toward editing and impact, and perhaps some tools will serve their homiletical practices.

The Rev. Dr. Shauna Hannan is Associate Professor of Homiletics at Pacific Lutheran Theological Seminary (of California Lutheran University) and Core Doctoral Faculty of the Graduate Theological Union in Berkeley, CA. Dr. Hannan received her Ph.D. in Practical Theology (Homiletics) from Princeton Theological Seminary. Her published work can be found in Word & World, Dialog, Currents in Theology and Mission, Journal of Lutheran Ethics and Ecumenical Trends. You can find her biblical commentaries for preachers on workingpreacher.org, in The Christian Century, New Proclamation and Sundays & Seasons. She is co-editor of Eco-Lutheranism: Lutheran Perspectives on Ecology. Dr. Hannan has been an ordained pastor in the Evangelical Lutheran Church in America (ELCA) since 1998. Currently, Dr. Hannan serves on the candidacy committee for Pacifica and Southwest CA Synods and is rostered in Rocky Mountain Synod of the ELCA. Hannan is currently researching and writing on preaching as a ministry of the whole congregation and how the craft of filmmaking (especially screenwriting) can serve the craft of preaching.