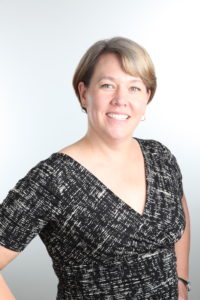 Play to Learn: Building Confidence with Visual Forms of Communication

As a teacher trained in textual analysis and the religious practices of living human communities, the language of images, videos, and recorded sound are not my mother tongue. Yet, I know that for my students, communicating in an era where these visual forms of communication are the lingua franca of the people they lead means that they must develop the capacity to deploy images and cinematic narrative styles to engage their leadership teams, parishioners, board members, students, or volunteers in not-for-profit organizations. So must I.

Given the powerful digital image-making and sharing tools that over 77% of the US population carries in their pockets, working in video and image while teaching is not a problem of a lack of technology. A lack of fluency keeps us from speaking these languages. However, like learning to communicate in a foreign language, the only way forward is to begin to speak. Many of us have had the experience of trying to hold a conversation in a language where we have novice level competency. We search for words, we stumble over the technicalities, we feel our intelligence level has been dropped by decades because we have only the most rudimentary vocabulary to express complex ideas.

Learning to work in the visual languages of digital media is no different. We may have fabulous pedagogical visions for what is possible, but our capacity to capture those ideas and craft them to our satisfaction feels elementary and gawky. We have all been trained by our daily exposure to visual culture to recognize good visual communication when we see it. As veteran radio producer Ira Glass once noted, when we start a new form of creative work, our taste often outdistances our ability and causes us to become discouraged in what we produce.  And as professors, we often do not want to appear a beginner, especially in something we are trying to teach our students. Rather than continuing to practice that new creative form, many of us, cowed by the challenge, stick with what we do best. We work primarily in text and demand that our students do so as well, whether or not this is to their detriment in the performance of their leadership when they leave our programs.

After my first miserable quarter of teaching youth ministries online a decade ago, I realized that I was going to have to learn to play online if I was going to be able to teach online. The easy student interactions, the joy of conversation and dialogue, the embodied relationality of the physical classroom was gone, and I was either going to have to quit teaching or figure out how to do some of those things in a virtual environment.  That is what drove me to join Facebook, and I began to reconnect with family members and friends far distant in time and space, practicing the skills I needed to teach online. I re-discovered how to be playful, to delight in connection with other human beings, to share things that were important to me in online settings.  Practicing those skills in an environment where I was not the expert allowed me to develop them and deploy them in my teaching work.

Likewise, I think faculty benefit from opportunities to play with new forms of visual communication outside of the classrooms in order to learn how to work with those languages. This could take many forms. My own faculty at Iliff brought in a photographer for a playful session during faculty retreat where we learned how to compose images and edit them with Snapseed. We wandered the retreat center, snapping photos and editing them digitally on our phones, then enjoyed a slide show at the end where we explored the resulting images. 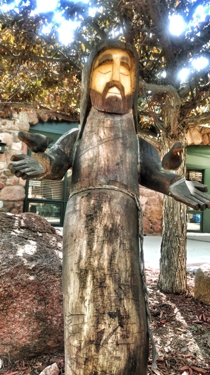 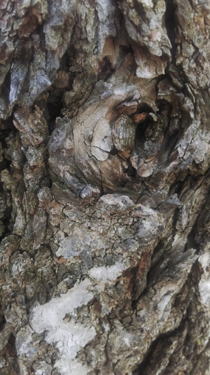 During the “Teaching with Digital Media” Workshop at the Wabash Center last summer, we sent faculty with disparate teaching contexts and fields of expertise off for an afternoon to create a “Teach Something in a Minute” video (a classroom exercise that Elizabeth Drescher had previously developed with her students at Santa Clara University). Participants decided on their topic, storyboarded videos, shot them around campus, edited them in free available software, and screened them that evening. We set minimal criteria (videos had to be one minute long; had to include titles, moving and still images; needed a soundtrack; all members of the three person team had to be involved in creating it), but otherwise allowed them to do what they could in the time allotted. We also invited the participants in the Wabash Programming Leadership Event into a similar activity to create short videos communicating the significance of various Wabash Center programs last October.

The trajectory of these experiences for participants has been the same. Disbelief at the enormity of the task without adequate instruction in the technologies and techniques. Frustration at their lack of prior experience in filmmaking. Emerging eagerness to give it a try as they work together. Laughter and camaraderie as they shoot the material.  Frustration with learning editing techniques as they try to pull together the piece in limited time. Moderate satisfaction with a finished project. Pride in their team’s efforts and emerging confidence to try again another time. No faculty inservice on the importance of digital media or demonstration of someone else’s use of digital media in teaching would serve as well as playfully engaging in the task of speaking the new language together and using it to teach one another.

Dr. Katherine Turpin is Professor of Practical Theology and Religious Education at the Iliff School of Theology in Denver, CO, where she also serves as Director of the MDiv program. Her current research and teaching interests include the relationship between education and social change; teaching in digital environments; and unlearning white supremacy.