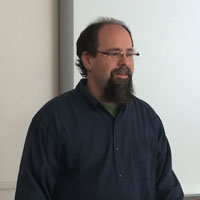 Teaching About the Politics of Religion and Social Change

Every time I walk into a classroom or workshop for the first time, I hear the voices of elders in the long, Black-led struggle for justice pressing the questions: “How are you going to bring people into the movement? How are you going to plant the seeds and bring forth a revolution of values?” My thoughts are always about what it means to model the just peace of  the society that is and has yet to be. The orientation I bring to the classroom or workshop space is one of religion and nonviolent social change focused in civic engagement and social action.

The tasks and challenges we face today in the religious studies and peace studies classrooms are not unlike those faced over the past several decades. Rev. Dr. Martin Luther King, Jr. gave his “Breaking the Silence: Beyond Vietnam” sermon 50 years ago. In the sermon King called us to a “revolution of values.”[1] The revolution of values is a move away from a thing-oriented society toward a human-oriented society. It helps to create a society where everyone has their needs met and no one is oppressed. King was speaking out against the value the United States placed on the evils of racism, materialism, and militarism. According to elder Grace Lee Boggs, a revolution of values and building up the Beloved Community, are "about redefining our relationships with one another, to the Earth and to the world; about creating a new society in the places and spaces left vacant by the disintegration of the old; about hope, not despair; about saying yes to life and no to war; about finding the courage to love and care for the peoples of the world as we love and care for our own families.”[2]

The recent wave of political and social violence against Black and Brown people, women, queer, non-gender conforming people, and religious minorities is not new. It is just more overt. The risks of talking about religion, politics, and the politics of religion in the classroom are high. We see friends and colleagues being labeled “dangerous.” Yet, our tasks as teachers are to critique and improve society. We do the emotional and complicated work of instilling in our students' religious literacy, a political consciousness, and a sense of calling. A large part of moving students to political consciousness and calling is the idea that human beings are all connected to one another, to the past, to the ancestors, and to the future. In other words, becoming politically conscious is to move toward the understanding that who I am is related to who you are.

Simultaneously, the move toward calling presses the idea that what I do is related to social responsibility. Ultimately, what I believe about and how I live has consequences for others. In my courses, religious literacy becomes a tool for moving students into a new political consciousness. Students learn about the beliefs and practices of a variety of religious traditions and the political implications of those traditions. Along the way, students are given the opportunity to reflect on their own beliefs and practices.

The pedagogical tools I have found useful in the endeavor to create a revolution of values and a new political consciousness are:

In these times the stakes are very high. How are we bringing people into the movement? How are we planning the seeds for a revolution of values? What are working toward?