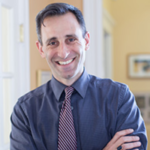 I help people have difficult conversations for a living. I facilitate dialogues–usually in communities deeply divided over issues that touch on people’s values and worldviews. I have spent much of the last three years working with professors as their classrooms increasingly fit that description. In Jill's terms, I help people wobble, but not fall down.

Jill talks about wobble in terms of letting something happen and getting out of the way. That is a piece of it for sure, but there is a choreography to wobble, a delicate but purposeful crafting of space, time, language, movement, and furniture that makes wobble possible. The purpose is to break people out of the conversations that hold us back from seeing complexity in ourselves and others. It is meant to crack the surface conversation to reveal new possibilities, to deepen understandings of values and lived experience, and to unmask our own assumptions.

I call it “choreography” because every choice we make while facilitating a conversation invites some responses and discourages others. And every choice we make leads people to focus either on us or on each other. If we call on people, it invites people to raise their hands and wait for us to conduct. If we don’t, it invites people to give and yield focus as they move in and out of the conversational space. It is choreography at its most subtle. If we ask people to sit quietly and reflect for two minutes before answering, we invite the second and third thought that someone has, not just the first.

The work of dialogue is disruptive of old patterns. It disrupts dynamics of dominant voices monopolizing the space–including ours. It weakens the power of the first speaker. It breaks the pattern of asking questions we already know the answer to while our students try to read our minds. It invites silence as a space of intention and reflection rather than of fear and disengagement. It invites empathy rather than judgement. It prompts uncertainty rather than certainty and curiosity rather than declamation. It allows for wobble rather than steady motion along the straight and narrow.

When I visited Jill’s class, I stood up and talked about dialogue in front of rows of chairs, with people raising their hands and I called on them–ironic. It was a fine conversation. But when I sat down to watch the rest of the class, Jill didn’t just allow or encourage wobble, she choreographed it. Jill asked the students to move the chairs into pairs of arcs facing each other. A wobble happened. Then Jill sat outside the circle. Another wobble. Outside the circle is one of those places that disrupts the old pattern, a place of intellectual humility. It disrupts the pattern of students relying on us for the prompt, the answer, the nod of approval. Then she asked a question she didn’t know the answer to. Wobble. She gave people a chance to reflect before speaking. Wobble. This is not just allowing something to happen; these are a set of choices we make–a choreography that when done right makes possible a new kind of conversation that breaks the dominant polarized and divisive rhetoric or silencing that we see so often in our discourse. What happens when we choreograph wobble is that students rise to their own power and possibility, and move through their own wobbling moments to muster the momentum to move together. In Jill’s class, the conversation had to be interrupted after 40 minutes to announce something about papers, but it would have gone on. Even if Jill and I had quietly snuck out of the room, it would have gone on because the students had turned toward each other and engaged.

Whether we recognize it or not, much of our public discourse is designed for simple, polarizing, escalating episodes of attacking and defending well-worn positions. We have opportunities to design and incubate a new discourse, one designed for the generation of ideas, the exploration of new ground, the contemplation of complexity. The patterns we have to break are strong and so our choices must reflect that. Our choreography must reflect the need of this moment; the need to turn to one another with curiosity, complexity, and care.