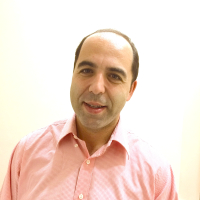 In the quest for understanding the dynamics of Muslim societies, understanding Islam is not always the key. This was the theme of my last post on Islam and Decolonization. I would like to offer more thoughts on a related topic: racism, or at least racial and ethnic prejudice, in the Muslim societies of West and Central Asia that I focus on in modern history classes I teach. (To be clear, I most often focus on Afghanistan, Egypt, Iran, Turkey, and Soviet Central Asia.) My purpose is to demonstrate that Muslim societies are in several respects not so very different from our own.

I’m sure I’m not alone in finding that some of the students, especially undergraduates, arrive in the classroom with a spoon-fed narrative about Islam that is disturbingly unitary: Islam, which is a tangible thing, has certain characteristics wherever it has spread, including shari’a (also a tangible thing), oppression of women, rejection of modernity (another thing!), and, probably, violence. This uniformity is so resolute that it sometimes even elicits admiration. Whatever differences exist across the Muslim world are not as important as these commonalities.

Talking about ethnic conflict, and the very real ethnic hatreds, prejudice, and stereotyping that I have encountered in every Muslim society I’ve lived in or visited, is a valuable endeavor in its own right as a tool of historical inquiry, and also a helpful way to complicate the unitary Islam narrative. The problem is the vast majority of my students understand ethnic conflict through one prism, “racism,” which cannot be avoided in the classroom. To say the least, “racism” is a loaded term, one that, for many students at my university, carries all kinds of historical baggage with little direct relevance for the societies I deal with in class.

To eschew the term entirely, however, would represent a missed pedagogical opportunity. It is true that ethnic conflict in many Muslim countries lacks the characteristics of racism in North Carolina. However, many of my students have no other frame of reference for understanding a different society (aside from the framework of unitary Islam). My goal is to help students relate to the countries whose history we are studying in terms that are understandable and familiar.

An example: one topic that comes up frequently in my classes is the relationship between Turks and Kurds in post-Ottoman Turkey. After students have done the assigned readings, my starting point is to ask: what is a Turk, what is a Kurd, and why is there tension today between these groups? In a dynamic session, several themes begin to emerge in discussion: language, region, culture, rural/urban origin, religion, and class. After exploring these themes in detail, it is possible to talk about the role of ethnic nationalism, the Turkish state’s language and education policies, and the social impact of rural-urban migration. The fact that region and class attract the lion’s share of attention in our discussions is meaningful. These are two themes that all of my students understand.

My approach resembles that of my hero Miss Marple, who tackled every new case by framing it in terms of the characters living in her home village. It can be risky to ask students to learn about different societies through the frames they are most familiar with. But I almost always find that, if nothing else, students come out of my classes disabused of the fantasy of unitary Islam.

In an insightful recent post, Sufia Uddin wrote about the implications of the “racing” of Islam in media and politics. I am interested in the possibilities and pitfalls of talking about race, and racism, among Muslims in the Islamic world. Where does our understanding of racism apply, and where does it not? How can American frames of reference be harnessed for students’ benefit, without reducing the complexity of other societies in their eyes? I welcome your suggestions and ideas.