Home > Resources > Blog > Teaching Islam > Teaching Islam and gender: why we need to set an ethical agenda for the classroom
Selected Items Select an item by clicking its checkbox
Actions for selected results:
Sign-up to receive email alerts when new blogs are posted Read our Blog Series List of  Bloggers 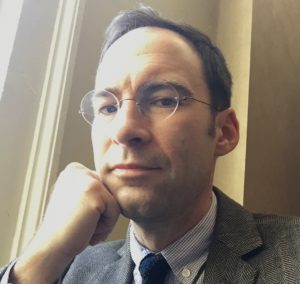 Teaching Islam and gender: why we need to set an ethical agenda for the classroom

Last year, I began asking students in my Islam, gender, and sexuality course to write a paragraph about what they think it means to study these topics from a humanistic perspective. It’s the first thing they write for the course. This year (as with last year), a good number of the responses make a similar point: To study Islam, gender, and sexuality from a humanistic perspective means that we leave all our biases behind, that we seek to understand things on their own terms. Sounds pretty good, right?

Certainly, in an historical moment in which Islamophobia runs rampant, a burden sometimes felt especially acutely by Muslims identifying as women, I am grateful to work with students for whom this is a beginning point. And yet I have questions—and these questions point to what I have learned is an essential starting point in studying Islam, gender, and sexuality, a complex of subjects about as fraught for many of our students (as for many others) as can be: Just as we set out an intellectual agenda for a course with our syllabus, we need to set an ethical agenda for the semester that builds from where we find our students at the start of the term.

What do I mean, exactly, by an ethical agenda? An ethical agenda is what helps us to identify the ultimate goals of our inquiry. There are of course learning goals related to the development of certain skills, and there are areas of content that I hope students leave my course more familiar with than when they arrived. But I’m also interested in asking, and having students ask, what it is we are doing with what we learn. What I really hope for is that my students use what they learn in this course to reflect on some of their own ethical commitments—where their understandings of gender and sexuality come from, what agency means to them, or by what measures they define wellbeing.

Generated by a desire to avoid universalizing particular experience, my students’ inclination is a really good one—but I wonder: Does privileging “understanding things on their own terms” translate into a “hands-off” approach, simply reinforcing assumptions of ultimate difference with which many (though certainly not all) of our students begin when considering gender and sexuality in Muslim communities? Does this approach push us to use what we learn of others to ask questions of our own fundamental commitments? I do not ask this question rhetorically. It drives the work that I do with students in this course, and whether we are engaging in historical inquiry or exploring contemporary communities they are never far from the surface of class discussion.

At the start of the semester, I pair the humanistic inquiry exercise with Lila Abu-Lughod’s brief piece, “The Power of Images and the Dangers of Pity.” She cautions against falling prey to reductive Orientalist stereotypes about oppressed Muslim women, emphasizing instead the value in recognizing individual humanity in Muslim communities and the possibility of many different paths to meaningful lives in this world, especially when it comes to questions of agency and freedom. She also emphasizes that this recognition should not translate into a lazy (my word) cultural relativism, where anything “other” is simply beyond comment.

For all its brevity, Abu-Lughod’s essay is rather hard to pin down for undergraduates. It lacks a discernable thesis statement, which actually comes in handy early on in the semester; when we gather to discuss it I first ask students to work in pairs to identify the thesis statement. They then report their findings to the class. Typically, and this semester was no different, students pick out one of a handful of possibilities.

Insofar as identifying thesis statements in scholarly writing is a core skills-based learning goal in the course, this exercise is a good way to start off the semester. More substantively, it is also a good way of generating some discussion about the essay in general, which in the end is about the ethics of representation and of non-Muslims studying Muslim women. As such, I have found Abu-Lughod’s piece to be an effective resource for setting an ethical agenda for the semester’s work. To work toward this point, after my students have finished presenting different possible thesis statements from the essay itself, I ask the class to work collaboratively to craft a thesis statement that pulls together the different threads in the essay.

This semester, my students came up with a thesis statement that captures Abu-Lughod’s essay quite well: “In order to afford others complexity, we need to use a cross-cultural perspective that avoids dehumanization via overgeneralization and that promotes solidarity.” It is impossible to know what exactly “solidarity” will mean to each of the students by the end of the course, but I hope that doing the work of figuring it out will in fact prove to be an exercise in ethical reflection for them, and that this will be a course learning goal that continues to unfold over time.

Somewhat practically toward this end, I have asked students to keep a weekly journal, one part of which will be to offer personal reflections about their responses to the material we read and discuss. I’m not mandating that they do this kind of work in every journal entry, but one part of their final project is an essay discussing how the course has affected the way they think about gender and sexuality and I have emphasized that regular reflection throughout the semester will be a big help as they try to tie things together at the end. I suppose that only time will tell if this particular assignment configuration will help motivate my students to engage in reflection. But without reflection a course on Islam, gender, and sexuality for (mostly) non-Muslims runs the risk of becoming either a pity party (to draw on Abu Lughod’s language) and/or an inadvertent exercise in “othering.”