Home > Archives for teaching for transformation

In 2000, Fr. Peter-Hans Kolvenbach, then Superior General of the Society of Jesus, delivered a landmark address entitled “The Service of Faith and the Promotion of Justice in American Jesuit Higher Education.” In it, he raises the question, what is the “whole person” that Jesuit institutions seek to educate? His answer: “Tomorrow’s ‘whole person’ cannot be whole without an educated awareness of society and culture with which to contribute socially, ...

In 2000, Fr. Peter-Hans Kolvenbach, then Superior General of the Society of Jesus, delivered a landmark address entitled “The Service of Faith and the Promotion of Justice in American Jesuit Higher Education.” In it, he raises the question, what is the “whole person” that Jesuit institutions seek to educate? His answer: “Tomorrow’s ‘whole person’ cannot be whole without an educated awareness of society and culture with which to contribute socially, generously, in the real world… [Students] should learn to perceive, think, judge, and act for the rights of others, especially the disadvantaged and the oppressed” (11). Spurred on by the sentiments expressed by Fr. Kolvenbach and others, faculty and administrators at Jesuit universities across the nation have developed a remarkable array of responses to the call for justice in education. The task of Mary Beth Combs and Patricia Ruggiano Schmidt’s edited volume was to gather many of those who have been responsible for the progress in justice education made in Jesuit institutions in the last decade and a half, highlight their work, and give them a platform from which to share what they have learned in the process about effectively educating for justice. They have succeeded admirably.

The first two sections feature ways in which faculty evoke in their students the kind of solidarity with the oppressed and marginalized from which the work of justice springs. Readers of this journal will find particularly evocative and potentially useful Carol Kelly and Christopher Pramuk’s use of the arts, particularly music, to open students’ minds to appreciating how the world looks from the perspective of the poor and neglected among us. Many of the essays focus on various kinds of “academic immersion.” These range from something as simple as incorporating a strategic service learning component into a class, to summer courses abroad where advanced students work to help a population in need, to a full semester living and learning among some of the world’s poorest inhabitants. Another theme addressed in several essays is curricular change at the department or college level. This is perhaps a more daunting task, as it requires the cooperation of faculty and administrators. But there is also an opportunity here for departments of religion, in our often secularizing institutions, to perhaps discover a new means of making the content of our discipline more relevant to the practical concerns of our students and the world outside our classroom. The third section contains a number of reflections on establishing more justice-centered institutional modi operandi. These will interest faculty concerned with shaping campus culture outside their own classroom.

On occasion, the authors press their conclusions about what “works” beyond the warrant of their limited experiences. Nevertheless, this book remains an excellent source of inspiration and ideas for bringing students into contact with “the gritty reality of this world” (11), so that they not only learn the content of their discipline, but also begin to discover possibilities for its meaningful application in the service of justice. I highly recommend it as a starting place for thinking about how to make any course or program in religion a more transformative, justice-centered endeavor.

Education in a Catholic Perspective

Higher education is in a state of flux amidst a cache of challenges that might be cast as a new set of unanticipated three R’s: recruitment, retention, and reserves. As college administrators strategize for the future, the shifting demographics in traditionally student-rich areas and the overall decreased pool of potential students because of birth rate trends will make sustaining college operations increasingly difficult. The challenge is more acute for ...

Higher education is in a state of flux amidst a cache of challenges that might be cast as a new set of unanticipated three R’s: recruitment, retention, and reserves. As college administrators strategize for the future, the shifting demographics in traditionally student-rich areas and the overall decreased pool of potential students because of birth rate trends will make sustaining college operations increasingly difficult. The challenge is more acute for private colleges and universities, whose sticker price tends to be substantially more than those of public institutions. It is perhaps even more poignant for Catholic institutions of higher learning that educate students in a particular religious environment.

No two Catholic schools are the same and most wrestle with what it means to be Catholic. Some institutions boldly proclaim strong Catholic identity while others loosely reference their Catholic tradition or grounding. The number of students, faculty, and administrators on campuses self-identifying as Catholic complemented by the frequency of Catholic activities and choice of campus speakers have tended to serve as the metric for determining “how Catholic” an institution is. The first measure is reasonable. Without a critical mass of Catholic students, a Catholic school risks losing its identity. What precise percentage of Catholic students is needed for an institution to call itself Catholic, however, remains unsettled, but the ongoing admission of non-Catholic students merely to sustain rolls cannot bode well for the future of Catholic schools. As an example of the second metric, Notre Dame in South Bend, Indiana, often recognized as “the” Catholic university in the United States, received a maelstrom of criticism when it invited President Barack Obama to give its 2009 commencement address. Its detractors believed engaging an individual who holds views contrary to the Catholic faith lessens the Catholicity of the school.

In Education in a Catholic Perspective, Stephen J. McKinney from the University of Glasgow, U.K., and John Sullivan from Liverpool Hope University, U.K., recognize that the identity of Catholic schools is at stake. They state that “there is an increasing distance between Catholic education, in its many forms, and the rich intellectual heritage of the Catholic Church” (3). Rather than engaging in a polemic against post-modern neoliberal ideas that can threaten the preservation of Catholic identity, their text seeks to retrieve the philosophical and theological roots of Catholic education.

The book is divided into five parts. In the first section, the “Introduction,” two chapters written by Stephen J. McKinney orient the reader to the overall thrust of the text. McKinney’s first describes “education” in the Western world and then moves onto to discussing “Catholic education” using post-Vatican II teachings of the Catholic Church. McKinney admits the ongoing challenges Catholic education faces as it moves forward amidst the steady barrage of criticisms including charges of proselytizing and of being elitist and anachronistic. His assessment is honest and builds on critical scholarship in this area.

The second part, “Theological Foundations,” consists of three articles that shore up the religious supports of Catholic education. John Sullivan writes on the import of St. Augustine and Maurice Blondel to Christian education. Vivian Boland considers Thomas Aquinas’s contribution to Catholic education through his understanding of transcendental properties of truth, goodness, beauty, and integrity. Clare Watkins considers revelation, scripture, and truth vis-à-vis truth in its beauty and love in its tenderness as formidable underpinning for Catholic education.

In Part III, “Theology and Education,” Stephen McKinney and Robert Hill propose Jesus as a Teacher and reading the gospel from new perspectives to inform learning and teaching. David Torevell writes on epiphany, worship, and the contemplative body in Catholic education suggesting inward silence and embodiment as a distinctive import from Catholic tradition for education. David Evans demonstrates that the intersection of faith and reason is the “route to wisdom” and a holistic appreciation of education. Clare Watkins examines the role of conscience formation in education and teachers’ critical responsibility in fostering that in their students as well as in their own search for God.

The fourth part of the text considers “The Ecclesial and Social Dimension” of Catholic education. In the first two articles of this section, John Sullivan considers the tension between the individual and institution and then moves to discuss the Church and the World. Sullivan refrains from an “over and against” attitude of Catholic education towards society. Sullivan proposes a participative engagement model in service of the world for all involved in the project of Catholic education. Christine Forde concludes this section by considering “the troublesome concept of ‘gender’” and offering challenges from feminist theology. Forde’s work here can serve as a prelude to further discussion about other disquieting contemporary moral issues such as medical coverage, homosexuality, divorce and remarriage, and investment policies, to name a few.

The concluding fifth part, “Mission into Practice,” considers how to make the proposals in the text a sustainable reality. Kevin Williams suggests the development of a “Catholic” curriculum that incorporates specific teaching and learning goals. William’s piece seems out of place with the rest of the rather conciliatory text, but perhaps further development of his work is needed to fully appreciate his suggestions. Finally, John Sullivan and Stephen McKinney explore practical implications of strengthening the internal core of Catholic education in an effort to make it a viable educational option for the future.

As Catholic school leaders strive to understand their institution’s Catholic identity, they would be wise to reference this text. Students of philosophy and theology will also find this book of interest in relation to their respective fields of study. It could be useful for educational specialists seeking to understand Catholic education. The book provides a rich critical assessment of some of the major thinkers in the history of Catholic education and their import for today. It includes a resource-rich bibliography and a detailed index.

Leaders concerned with the future of Catholic education have to pay sharp attention to the externals that challenge institutional growth. However, what McKinney and Sullivan have assembled here offers another no less important and, perhaps, even more critical investigation into how to chart the future of Catholic education in a more meaningful way. 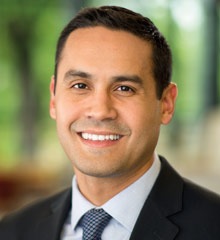 Ferguson is revelatory.  “I wanted to comment on the tragic rift that we’re witnessing,” Bob Staake says about his cover for the December 8th issue of The New Yorker, arriving next week. “I lived in St. Louis for seventeen years before moving to Massachusetts, so watching the news right ...

When A Student Dies

I remember meeting Griffin Huber on the first day of the Fall 2012 semester in my undergraduate New Testament Intro class. Like many students, he took the class both because he was eager to study the Bible and because it fulfilled a general education requirement. He would successfully finish my course ...

The Accents of Teaching

I first discovered that I loved to teach when I was 19 years old at the front of a classroom of 70 adolescents in the city of Urumqi, a huge city in northwest China. Supposedly, I was teaching them English. In reality, these 13- and 14-year olds knew English rather well. They ...