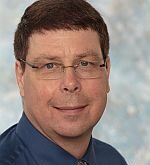 A Resource for Building Empathy and Understanding

The COVID-19 pandemic presents many challenges for professors and students who seek to practice inter-contextual biblical interpretation with a concern for social justice. Among them is the need to engage deeply and empathetically with people experiencing injustice at a time when the risk of serious illness rules out face-to-face interaction. ...

Do Babies Matter?: Gender and Family in the Ivory Tower

A powerful account of the experience of discrimination against married women and mothers in academia, this book documents many realities I have lamented alongside female colleagues and graduate students during my years in the profession. As a married woman with three children and tenure, I am on the other side of many of the acute struggles, but reading about the experience of other women academics made me put down the ...

A powerful account of the experience of discrimination against married women and mothers in academia, this book documents many realities I have lamented alongside female colleagues and graduate students during my years in the profession. As a married woman with three children and tenure, I am on the other side of many of the acute struggles, but reading about the experience of other women academics made me put down the book more times than I can count feeling a sort of survivor’s guilt and anger. Some of the common experiences of women that the book identifies are things I have experienced firsthand, from the suspicion that letting my doctoral advisor know I was pregnant would signal that I was not really a serious academic, to trying to schedule on-campus interviews while nursing an infant, to disdain from other faculty when pushing to create a tenure-clock stoppage policy for new faculty parents at my own institution. Other accounts in the book had personal resonance for me because of experiences of colleagues who were not able to secure positions in the academy. This book documents critical justice issues that demand our attention and creative response.

The book is divided into sections corresponding to the timetable of an academic career: graduate school, getting into the game, tenure-track positions, and life after tenure, including retirement. Each section explores data regarding the discriminatory structures and practices in that stage of an academic career, and offers policy and practices that will improve conditions. The book uses two primary data sources: the Survey of Doctorate Recipients and a series of surveys about quality of life for students from nine of the ten schools within the University of California system. The first study includes data from over 160,000 recipients of doctorates in the social sciences, sciences, and humanities, and provides much of the quantitative data for the book (which draws on data from 1981-2003). Because this study follows both those who enter the professorate and those who enter other jobs, it provides comparative data for the population with a doctorate not working in the academy. The series of surveys in the University of California schools include both quantitative and qualitative data and were designed to explore work/family issues among the professorate, administered between 2003 and 2009. The resulting book is rich with data and analysis, any section of which is worth further exploration for those involved in training doctoral students, participating in faculty hiring processes, and designing human resource policies for faculty. Although much of the data and conversation focuses specifically on the status of women in STEM fields, there is much to ponder for those of us in the humanities as well, especially as the humanities job market continues to shrink and more positions are term-contract or contingent in nature.

One of the key observations of the text is that, although women continue to face general sexist discrimination in the academic labor force, the greatest level of structural sexism is exhibited against married women and mothers. For instance: “Compared with her childless female counterpart, a woman with a child under six is 21 percent less likely to land a tenure-track position” (28). The study uncovers interesting trends, such as the global gender penalty causing women to be 7 percent less likely to get tenure-track positions than their male counterparts disappears when researchers account for the effects of marriage and children. The additional marriage and child penalty makes women, whose childbearing years often coincide with graduate school and hiring processes, especially vulnerable in navigating an academic career and establishing a personal life. In the disciplines of religion and theology, the many schools that do not hire women faculty due to religious understandings of their limited gender roles likely make these numbers even starker.

As with women in other careers, years spent caring for small children leave difficult gaps in a curriculum vitae, which creates a double bind. If a mother of young children volunteers information about what she was doing during the gap, she may be seen as less committed, but if she fails to offer an explanation, she may be perceived as covering up more concerning reasons for the gap in employment. Because interviews for academic positions often include socializing over meals, casual (though illegal) questions about marriage and family status often come up, creating problems for women who know that having young children is often not considered desirable for faculty colleagues. Additionally, the research documents that spouses who need employment are often considered more problematic for women academics than for men, whose wives are often assumed to be more moveable than the husbands of women faculty (whether or not this is true). Although the report shows more favorable conditions for women with older children and those who make it through the tenure process, the book still demonstrates that women disproportionately spend time in service to the institution through midlevel administrative roles and student advising hours, which often delays their promotion to full professor and causes lower salaries upon retirement.

The book also offers suggestions for practices to create a more family-friendly professorate, including subsidized childcare (including amazing but necessary services such as access to emergency care for sick children and grants for child care to allow for travel to academic conferences), tenure-clock stoppage for new parents, and job placement for spouses of new hires. The book also notes that merely creating such policies and services are not enough, citing a study in the University of California system that found that less than half of women and only ten percent of men were using their family-friendly policies, and many of them did not know they existed, despite having been added in 1988. This study points to the need for a shift in cultures around these policies, so that using them does not create discrimination and negative attitudes from supervisors and colleagues. The book also explores the need for re-entry tracks for those who have left the field for childrearing or other family-care responsibilities, and vigilance about age discrimination in hiring processes upon re-entry.

Recent organizing among graduate TA’s and adjunct faculty have raised awareness that economic conditions and benefits are even bleaker among these populations. The text only begins to touch on the world of contingent faculty, except to note that women are over-represented in both their ranks and the ranks of lower-status positions (in terms of pay and benefits) at community colleges: “Compared with her childless counterpart, a woman with a child under six is 26 percent more likely to be employed as contingent faculty rather than a tenure-track position. Compared with a man with a young child, she is 132 percent more likely to be working in a contingent position” (38). These accounts demand that even in a period when tenure-track jobs are considered a luxury good because of their rarity, we must pay attention to the forces at work that create such gaps between the hiring and work experience of men and unmarried women and women who have spouses or children in our profession. Some issues might be better addressed at a societal level, such as the availability of affordable child and health care and adequate family leave policies, but many of the cultural shifts required in graduate programs and hiring processes can be addressed through increased awareness, attitudinal changes, and strategic policy changes. While the book does not trace the data after the 2008 economic downturn, such struggles in work/life ecology are increasingly a problem for both men and women as more families require two wage earners, and as even many tenure-track faculty positions do not pay enough or have adequate benefits to support families with small children on one salary, whether that of the male or female parent.