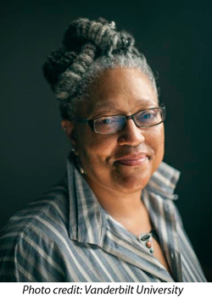 The opening paragraph of the Vanderbilt University Statement of Commitments: The Divinity School is committed to the faith that brought the church into being, and it believes that one comes more authentically to grasp that faith by a critical and open examination of the Hebraic and Christian traditions. It understands this faith to have import for the common life of men and women in the world. Thus the school is committed to assisting its community in achieving a critical and reflective understanding of Christian faith and in discerning the implications of that faith for the church, society, and the lives of individuals. Concretely, this commitment entails the education of those who will be forceful representatives of the faith and effective agents in working for a more just and humane society, for the development of new and better modes of ministry, and for leadership in church and society that will help to alleviate the ills besetting individuals and groups. It entails as well the education of individuals who have, or are helped to develop, strong resources of personal faith, without which their leadership in church and community would be jeopardized. http://divinity.vanderbilt.edu/about/purposes.php)

One of the things that attracted me to Vanderbilt Divinity School (VDS) was the clarity of its commitment to faithful social change and justice-making as part of faithful preparation for ministry.  In my experience, it is rare for theological schools to understand that social problems are also theological problems.  There is a false and ultimately dangerous dichotomy drawn between the two such that we educate students to perpetuate this dichotomy and thus become leaders of churches that are largely unable to deal with the muck and mire of human existence.  We focus, to the peril of us all, on spiritual matters that are taken out of the everydayness of human existence in creation.  Thus, although we are still working to bring the two together and our successes are counterbalanced by our failures, we keep at it in hopes that with each passing year we better represent the Commitments that draw all of us to be better teachers and learners in response to the gospel.

As a Christian social ethicist who uses a womanist methodology to do her work and to frame the various pedagogical strategies in her classes, I have discovered that it is important to use an interstructured matrix that includes class, gender, race, sex, and sexism in my classes to help students think through the theo-ethical problems we engage in the class.  Isolating race and racism has not proved as productive in my classroom experiences.  Racism is held in place by other forms of oppression such as those named earlier.  Yes, it is important to look at the phenomenon of racism as a deeply theological and moral category, but it must be put into conversation with gender, class, ability, sexual orientation and so on as it interacts with each of these on multiple and often simultaneous levels that contribute to what I call the cultural production of evil.  Racism is a marker among many that signal for us that cultural and sociopolitical patterns of oppression are not only interrelated, they are bound together and influenced by the matrix they form and the matrix that forms them in our society.

As we have watched the now highly publicized incidents of racialized violence on the part of some police officers and the resulting conversations around them unfold, I have had a sense of growing concern that our failure to address the different social locations folks come from in this country has us talking past one another and blaming one another rather than pulling together to eradicate violent policing tactics that are inflicted on darker skinned and poor folk at a disproportionate level.  By all means, we must take on racism—something that we continue to find it hard to talk about with each other—but we must put racism in its context as one of the evil stepdaughters of oppression.

This conversation among others belongs in the classrooms of theological education. It is important that we work with our students (and on ourselves) on issues of faith, ministerial, and scholarly formation that aims to help them think through what it means to be engaged in a religious world that is being shaped by the larger social worlds in which we all sit. We must do so from our various disciplinary homes as this is too large a challenge to leave to ethicists alone.

Emilie M. Townes, Dean and E. Rhodes and Leona B. Carpenter Professor of Womanist Ethics and Society Vanderbilt Divinity School, lives in Nashville, TN—returning to her southern home region after being away for over 40 years. She and her spouse, theologian Laurel Schneider, have a lively household of Emilie’s 85-year old Aunt Helen, her sister Tricia who is a wonderful artist, and Winnie who pretty much runs the household while masquerading as a dog. Emilie is the author, editor, and co-editor of several books. Among them areWomanist Ethics and the Cultural Production of Evil and Womanist Theological Ethics, co-edited with Katie Geneva Cannon and Angela D. Sims. Emilie was president of the American Academy of Religion (2008) as well as the Society for the Study of Black Religion (2012-2016). She is a Fellow in the American Academy of Arts and Sciences.