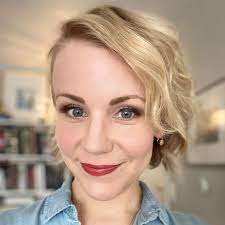 As a theological educator, I’m used to having to make a case for why studying the history of religious movements in the United States is exciting. It’s very common to hear students say at the beginning of a course that history is boring or tedious or not worth their time. “The history of religious movements is in a lot of ways old gossip,” I counter, “Sex, violence, power, persuasion, reversals of fortunes, adventures, and misadventures—who doesn’t want to hear about that?” More often than not, students come around to my way of thinking.

While history often gets (erroneously!) categorized as a “boring” field, until recently I took for granted the idea that democracy was inherently interesting to students of religion in the United States. The long, sometimes inspiring, often problematic history of rejecting monarchy and the divine right of kings in favor of democratic self-governance had theological underpinnings from the start, and many historians argue that the United States is so religious and also so creatively religious in part because of its democratic form of governance.

I discovered, entirely by accident, that some of my Millennial and Gen Z students—many of whom come from privileged, white, middle class, Protestant families—are bored by democracy. Last year, before a session of my course on American religious history, I overheard a group of students discussing an essay they had been assigned in another course: Václav Havel’s “Forgetting We Are Not God.” In his speech given to an American audience, Havel, the leader of the Czeck Republic’s nonviolent “velvet revolution,” argued that thriving democracies depend on “reverence and gratitude for that which transcends each of us singly and all of us together.”

I expected vigorous debate among them. Was Havel’s claim that democracy depended on a sense of the transcendent sound? Did it make sense to give democracy this kind of theological construction? Would Havel’s work hold up in an increasingly diverse citizenry? Was Havel’s democracy good for the world? What were the downsides when it came to public life in the 21st century? What were the benefits?

“I’m sorry,” said one student, “but I don’t get this. Democracy, ok, it’s a big deal.” Several others agreed. Two shrugged. They moved on from the topic.

Dear reader, I was stunned. I was ready for disagreement and debate. I was not prepared for disinterest.

Every professor probably experiences a “kids these days” moment, and this was mine. As a Cold War kid raised during the Reagan era, I took for granted the idea that my students would be interested in evaluating American democracy. Like many others of my generation, I had been inundated with a distinct anti-fascist, anti-communist imagination through film. Indiana Jones punched Nazis in the face. Maverick—undisputed Top American Gun—bested Soviet fliers. Scrappy American kids in Colorado sabotaged communist invaders.

The net result for many who came of age in this era could be described as a very flawed pro-democracy imagination. American Cold War blockbusters offered a moral universe that was jingoistic, imperialistic, consumeristic, offered a cartoonish portrait of alternative systems of government, and was often just plain silly. But, especially for young watchers, it was also vibrant. The heroes were cowboys in one way or another, and the villains were vanquished through explosions, punches, and the heroes’ anti-communist, anti-fascist swagger. Children may not have learned much about democracy and its virtues and vices, but most kids watching blockbusters in the 80s knew which side they wanted to be on: the side of cool jets, the Holy Grail, and, of course, democracy.

The moment I saw my students shrug in response to Havel’s claims was the moment when I realized that for most of my students, the enthusiasm for the United States as a democratic “city on a hill” that characterized so many films from the Reagan era has been replaced by different imaginative worlds. The students I now teach do not name Nazi-defeating archaeologists or Soviet-busting US Navy fighter pilots as their cultural touchstones or moral influencers. When I ask what pop culture has shaped their understanding of the world, they are more apt to name the magical worlds of Harry Potter or the post-apocalyptic adventures of The Hunger Games.

I also learned that theological educators in general, and historians of religious movements in the United States in particular, are especially well-positioned to explore democracy as a generative theological concept.

If the last national election taught us anything, it’s that democracy is a contested concept in the United States. A few months ago, Rev. Sen. Raphael Warnock gave a robust 21st century theological argument for democracy on MSNBC News. “I believe in democracy,” he stated, “I believe that democracy is a political enactment of a spiritual idea. This noble and amazing idea that all of us have, within us, a spark of the divine, the imago dei some sense of the image of God and therefore we ought to have a voice in the direction of the country and our destiny within it.”

In his soaring rhetoric, Rev. Sen. Warnock gave voice to one of the biggest “big ideas” that has shaped religious life in the United States. For Warnock, democracy was and is an energizing theological concept as well as a form of governance. Indeed, some of the most pivotal figures in American public life—Roger Williams, Frederick Douglass, Susan B. Anthony, Malcolm X, Fannie Lou Hamer, and many, many others—have also voiced strong opinions about whether or not the nation was living up to its democratic ideals.

Dr. Leah Payne (PhD, Vanderbilt University) is Associate Professor of American Religious History at Portland Seminary. Payne's forthcoming book, The Rise and Fall of Contemporary Christian Music (Oxford University Press), explores how popular music and American marketing culture shapes the theological and political imagination of American evangelicals. Her first book, Gender and Pentecostal Revivalism: Making a Female Ministry in the Early Twentieth Century (Palgrave Macmillan, 2015) won the Pneuma: the Journal of the Society for Pentecostal Studies 2016 Book Award. Payne’s research and teaching has been supported by the Louisville Institute and the Wabash Center for Teaching and Learning in Theology and Religion, and she has published research examining the intersection of theology, politics, and mass media in the United States in Nova Religio: The Journal of Alternative and Emergent Religions, Journal of Ritual Studies, Fashion Theory, and Pneuma: The Journal of the Society for Pentecostal Studies. Payne's work analyzing religion, politics, and popular culture in the United States has appeared in The Washington Post, Religion News Service, and Christianity Today.