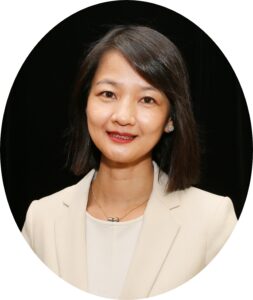 Living with COVID as a Liminal Dean

I am familiar with what liminality means, but I have never put the Israelite’s journey in the wilderness and liminality together until recently. Liminality was first used in the discipline of anthropology and then applied to ritual and other areas of research. It is a term to describe being in between, being in the threshold, where a person is in transitional stage, not belonging to the past or future. I have used the term to describe the biblical Job during his suffering. Liminality is a time of confusion, vulnerability, uncertainty, and even danger. But then it also reflects a time of possibility, potential, and becoming. For example, when a person passes from singlehood to a married status, that person can no longer return to the old single self, but has been transformed into a new sense of self with someone else to live and care for. Similarly, when one is between jobs, that person is also in the liminal stage.

In a way, all schools are going through this liminality during the COVID-19 crisis. Being in a pandemic is being in liminality, with all the confusion, vulnerability, and uncertainty that go along with it, not to mention danger. Being in transition is not comfortable. Belonging nowhere is painful. Having a confused status is never fun. Yet, being in COVID-19 is also a time of profound possibility, potential, and becoming. The world will not be the same after COVID-19. Many professions and fields will forever be changed in the post-COVID-19 world, and education is among them. In the future, online education and programs will be a necessity rather than an option or a suggestion. Remote learning will be the norm. The idea of expecting people to come to one’s campus physically for education will soon be in the distant past, if  that is not a reality already. During the podcast conversation I had with Dr. Lynne Westfield in early February 2021, she asked me about the future of my school: “Is it bright?”  I responded: “The future is online but everything else is uncertain.” Indeed, with COVID-19, all schools are not just in the same boat, but in the same storm, as Westfield rightly remarked.

Living in liminality can be frustrating, but we can choose to see the transforming potential it has for all of us if we discern attentively what God is doing at this moment of history as administrators, faculty, and students in our particular contexts of formation. If we try to see beyond the chaotic present into the future, perhaps we can see ourselves living in a prophetic time, a critical time for reflection on things that matter. After leaving Sinai for the Promised Land, the Israelites were stranded in the wilderness for forty years. It was during that crucial time through trials, suffering, rebelliousness, and dependence, that the Israelites became the people of God. It was also during that difficult time, that the presence of God was with them (Ex 40:38). Being in liminality can be meaningful and hopeful.

Chloe T. Sun (PhD, Fuller Theological Seminary) is the Academic Dean and Professor of Old Testament at Logos Evangelical Seminary in California. Her recent publications include: Attempt Great Things for God: Theological Education in Diaspora (Eerdmans, 2020) and Conspicuous in His Absence: Studies in the Song of Songs and Esther (IVP Academic 2021).