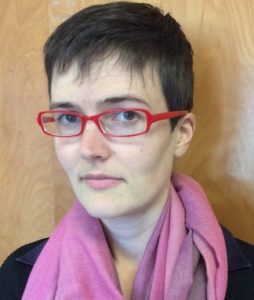 Trauma and Teaching with the Death Positive Movement

Discussions about trauma often coalesce around healing, but this orientation forecloses the (im)possibilities inherent in trauma. Quick movements from trauma to healing also assume the inherent value of life as opposed to death. Rather than treating life and death as opposites, the death positivity movement suggests that death is a part of life and the ongoing ecosystem. Death becomes something active, something that can be done (and done well), instead of avoided until it overtakes the agency of a body (or mind) that is actively attempting to remain alive. The death positively movement maintains that individual human lives may not continue forever, but life does.

I teach about this movement in my course “Religion Outside of Religions,” a course that draws on theories and methods often used to study religious traditions to explore aspects of contemporary U.S. culture that aren’t considered overtly religious. The death positivity movement, therefore, serves as an example of an orientation to the so-called natural world that occurs outside of overt religious traditions. Students explore the myths, rituals, beliefs, and ethical systems that guide this movement, especially as they develop in contrast to broader medical and funerary practices in the U.S.

Through this process, students often confront their own assumptions about death, especially as these assumptions tend to be informed by the medical and funerary practices opposed by the death-positivity movement. These confrontations push students beyond life-death binaries and some even learn to laugh at my jokes (I keep wondering if I should start listing that as a learning outcome). Might we, as teachers, adopt this posture to trauma? What would it look like to push ourselves past the binary of trauma and healing? What if we accept and adapt to the trauma that is always already in our midst? What if we refuse to tidy up traumatized psyches behind the closed doors of licensed counselors, much like the corpses made to look eerily lifelike in funeral homes?

Teaching about different approaches to death can reorient the assumption that trauma is bad and healing good. This is a particularly important reorientation within a context where trauma is often ongoing and not a one-time event. The death positivity movement recognizes that some people live in closer proximity to death than others and that the deaths that result from this proximity can and should be avoided. As Everything Dies: A Coloring Book About Life! says, “I know everything dies, but there seems to me to be a big difference between something dying to feed another living thing, and this strange knack we have for needless death. These are deaths that don’t feed life. These are deaths of entire species and peoples and places. Humans seem to do this a lot.” (58) Recognizing that all deaths (like all lives) are not equal given our current political systems, the movement argues for breaking the culture of silence around death, including the culture of silence around systems that locate some bodies closer to death as a result of race, sexuality, gender, disability, class, or location.

By opening these questions, the death positivity movement pushes us to teach recognizing that trauma is often ongoing and systemic, rather than a one-time event. The death positivity movement encourages us to ask why life is necessarily better than death. It also begs the question of whether trauma must end with healing, suggesting that trauma, like death, is ever-present and not something to be avoided but, rather, to be engaged. These are ideas to bring to students and to let challenge our own assumptions about teaching, particularly around the place of trauma in the classroom.

Meredith Minister, Assistant Professor of Religion, Shenandoah University. Grew up on a dairy farm in Western Kentucky and tries not to think about the components of her life that contributed to the development of stage IV colon cancer at 33 (but finds herself dwelling on it sometimes – the glyphosate or the Vienna sausages?). She is the author of Rape Culture on Campus (Lexington, 2018) and Trinitarian Theology and Power Relations: God Embodied (Palgrave, 2014) and the coeditor (with Sarah Bloesch) of Cultural Approaches to Studying Religion: An Introduction to Theories and Methods (Bloomsbury, 2018) and The Bloomsbury Reader in Cultural Approaches to the Study of Religion (Bloomsbury, 2018). She’s currently compiling an edited volume with Rhiannon Graybill and Beatrice Lawrence (both of whom she met at the Wabash Pre-Tenure Workshop) Rape Culture and Religious Studies: Critical and Pedagogical Engagements (Lexington) and thinking about futurity, death, and what we can learn from aliens.