If I get shot in my classroom – I’m gonna be mad!

Yesterday, a friend told me her church and nursery school were having shooter-on-campus drills for the staff and children. I wondered when our school was going to do the same.  Sometimes my colleagues and I joke about what we would do if an active shooter came into our building. We joke about ways to protect ourselves by fighting back or by fleeing. One colleague said not to plan to assist her in the event of an intruder because, given the opportunity, she would be the first one out of her office window. I made a mental note to see if I could climb out of my window. Thinking about myself climbing out of my basement window tickled me until I remembered it was a strategy to avoid getting shot.

The list of schools, churches, and public events that have become killing fields is growing. News reporters occasionally entreat viewers to stay sensitive to the victims of these tragic events.  Interviewers of distraught family members work hard not to appear prosaic. While we do not want to mute our reactions to reports of gun violence, the numbness is difficult to prevent. 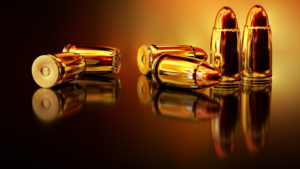 One of the nine people shot by the 21-year-old white supremacist in the 2015 Charleston church massacre was the grandmother of an alumna. Grandma was at Bible Study when she was savagely murdered. When my student and I get together for lunch, we still talk about the aftermath of the killing and I help her grieve.

The amount of effort I have given to the teaching craft has not included ways of staying alive in the face of a gunman in my own classroom (most of the assailants are men). Heretofore, the challenge and un-safety has been in ideas. The danger of classrooms has been in coaxing fearful or belligerent students into new meaning making strategies, or different ways of understanding old traditions. Now, the real danger of potential gun violence feels like domestic terrorism. I am afraid, I am unprepared, and I feel edgy in the familiar safety of my own classroom. The possibility of gunplay in my school looms thick yet wispy in the ethers. I struggle to make sense of this faint paranoia because I know it affects my teaching.

In my Teaching Teachers to Teach course, should I teach self-defense and strategies for emergency evacuations? Should I review with students the open-carry laws of the state and nation? Should course preparation include time at the gun range? Suppose classroom attire included Kevlar vests and running shoes? Could I shoot back at a student who was shooting at me? 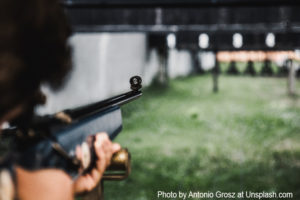 The first time I saw someone shot, I was 9-years old. One school night, my dad and uncle were going to the post office to mail household bills. I gladly tagged along because I enjoyed being with them. Our routine was that once we arrived at the post office, I would be handed the bundle of envelopes, then I would leap out of the back seat of the green Pontiac, dash up the stairs and deposit the letters into the outside mailbox for quick delivery to their addressed destinations. With my uncle driving, we rode with ease - the radio playing, my dad and uncle chatting and me enjoying the view from the back seat. My uncle turned the corner onto a one-way street – we were about a block from the post office. Without warning, shots rang out! --- “POP! POPPOP!” – I struggled to see out of the window because my uncle, with cat-like reflexes, had slammed on the brakes, shifted the car into reverse and, with foot flooring the accelerator, began backing out of the street - all in one gesture. Since this was before the days of seat belts, my child-body shifted wildly with the momentum of the car. Even so, I saw a group of teenage boys chasing a lone boy who was limping as he ran. The limping boy ran across the street, up on the sidewalk, and then collapsed. A boy who was chasing him had a gun at the end of his outstretched arm. That boy ran over to the collapsed boy and pistol-whipped him as he lay on the sidewalk. As if the scene had been choreographed by Alvin Alley, they all ran off down the dark street, into the night, as if on cue - all but the collapsed boy who lay bleeding and dead on the sidewalk. My uncle’s skillful driving sped our car backward around the corner and away from the mayhem. Uncle commanded the car out into the intersection, then gunned the gas, propelling us forward into streets with no shooting teens. I stared from the back seat in horror. 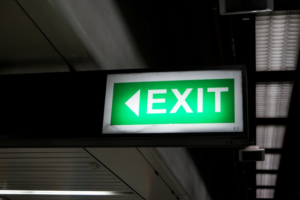 My beloved friend Zenobia is a retired warden from New York City corrections department. She spent twenty plus years on Rikers Island and other prisons. Years ago she used to talk with me about the ways of assessing a room for my best escape in the event of unexpected emergency like a gun being fired in the room. When we would sit in restaurants, she would casually ask me over her menu to tell her where the exits in the room were. I was to have noticed them and made mental notes as we walked into the space. Most days I could not answer the question because I had failed to take notice. I did not like this game. I resisted her teaching because I deemed those skills as needed only in places like prison. The applicability of Zenobia’s lessons for my classroom setting is soul withering. Tomorrow, I’m gonna call her and ask for a refresher lesson.

I do not own a gun because if I did I would undoubtedly use it.

I would use it when I felt fearful or angry.

I do not think clearly when I am fearful or angry.