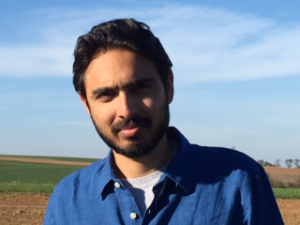 Being More Critical of a Critical Secular Pedagogy

This is the fourth and last installment of a series of posts on the theme of “teaching theory without theory talk” in an introductory course on Islam. To review, I have explored ways in which one might present to students in an introductory course important theoretical arguments (e.g., complicating binaries like tradition/modernity or religion/secular; appreciating the intimacy of discourse, power, and material conditions; interrogating the legacy of colonial modernity in the formation of contemporary categories of life) that are by now commonplace in the study of religion. How might one advance such conceptual tasks without burying students in the often intimidating and prohibitive protocols and operations of theoretical discourse? In the last three posts, I shared my experience wrestling with this challenge at different moments in an introductory Islam course. In this post, I want to take a step back. Rather than reflecting on teaching theory through teaching Islam, I wish to think through some of the theoretical assumptions that often sustain the teaching of Islam within the study of religion. More specifically, I wish to ponder aloud a certain discomfort I have often experienced on the first day of a course, especially the introductory Islam course.

On day one, as is common practice among religion scholars, I try explaining to students what the study of religion is and how it differs from theological studies. This usually involves making a list of contrastive attributes. The study of religion (and Islam) is historical, non-confessional, non-normative, and analytical as opposed to the normative confessional study of religion as an object of faith. This sentiment is usefully captured in the formula of drawing the contrast between studying religion and studying about religion. There is obviously much merit in these explanatory gestures. One would not want the academic classroom to become a space for resolving competing truth claims or of passing certificates of normativity and heresy. However, there is nonetheless an underlying secularity at work in this exercise that I find not only conceptually troubling but also a potential roadblock to teaching Islam.

To begin with, the act of contrasting the historical, academic, and non-confessional study of religion with the allegedly confessional character of theological studies risks reducing the latter to a caricatured representation. Surely, despite their normative preoccupations, seminaries and madrasas also often engage in analytically sharp and historically informed scholarship, even if their logics of history and critical thinking might differ. Making a conscious and concerted effort to distinguish religion studies from theological studies might have the unintended effect of smugly suggesting the superiority of the former over the latter. “We are cooler than those people who are unable to separate personal faith from scholarly inquiry.” Even if not intended as such, it is hard to imagine this not being among the implicit messages communicated by the assertion of the religion/theological studies dichotomy.

Making such a contrast also embraces and replicates the secular/religious binary, which as many scholars have argued, is a very problematic binary. “We the critical historians of religion will undertake for the next fourteen weeks the secular study and inquiry of this religion and these religious subjects.” That is the upshot of the eager disclaimer that the study of religion is not theological/seminary studies. There is an underlying nod to the virtues of secularity at the heart of the promise of historicizing religion. This secular gesture does bring the benefits of absolving a course on Islam from the sins of establishing orthodoxy, encouraging piety, or of promoting confessional bias. But, it also carries certain limitations that are important to acknowledge and engage if not resolve.

Let me highlight just one such limitation. The positioning of an introductory course as a non-confessional (read secular) inquiry into Islam can hamper the effectiveness of discussions on the affective and phenomenological aspects of a religion. An important moment in the introductory Islam course that speaks to this point is that of the revelation of Islam to Muhammad. This is a powerful moment. It combines awe, terror, anticipation, physical pain, and marks a permanent cleavage in time and history. But the history of religion approach deflates the power of this moment. Having taken their position as detached (even if sympathetic) observers of a tradition, students are unburdened from the weight of entangling their beings with the experiential registers of the religion. They are absolved of feeling, perhaps even suffering, the mixture of perplexity and wonder that suffuses and accompanies moments like Muhammad's revelation. They might sympathize with such moments or be fascinated by them, but the thick crust of secular historicism makes even the attempt at inhabiting the experience of such moments almost impossible.

My point, or perhaps more accurately, my attempt at articulating a less than fully formulated doubt and discomfort, is not a rehearsal of predictable musings on the insider/outsider problem. Rather, I am after the implications and effects of a pedagogical orientation towards Islam that renders it a foreign object of secular historicist inquiry and consumption. Such an orientation, animated by the assumptions and logics of secularity, captured most prominently by the secular imperative of historicizing and desacralizing life, can produce rather deleterious effects. Most notably, it relies on and perpetuates a binary between the enlightened critical investigator and the tradition bound uncritical religious subject who is the former’s object of investigation. In other words, the history of religion approach to teaching Islam is a decisively secular approach that replicates and advances the religion-secular binary. Obviously, recourse to a confessional approach is hardly the solution; that is both untenable and undesirable. Perhaps what is needed is a pedagogical orientation that is thoroughly unaccepting of the religion-secular binary in all its manifestations. Being more critical of the critical historical study of religion, especially when set in contrast to traditionalist theological studies, might be a useful step towards the cultivation of such an orientation.