The car service arrived at my house. I grabbed my purse, suitcase, and briefcase and hurried out the door making sure it was locked behind me. As scheduled, we stopped to pick up a colleague who was also attending the conference in Toronto, Canada. Driving east on Highway 78 and almost to Newark International Airport, I gasped. My passport was still at home. My colleague asked if I wanted to go back and get it. I looked at my watch and said, “No.” Going back would likely mean we both would miss the flight.

Once at the ticket counter, I handed the gate agent my ticket and driver’s license. I told him I was on my way to Toronto. He looked at my ticket to confirm an international destination. He asked me for my passport. I told him, in my most contrite voice, that I had left my passport on my dining room table. He stopped himself from rolling his eyes, but a faint sigh of annoyance slipped through his otherwise professional demeanor. Still, in a mode of apology, I asked, “Surely there is some other identification that I can use to cross the border . . .  . Not everybody has a passport!” Without looking up from his terminal, he informed me he would accept a U.S. Voter Identification Card. “EUREKA!” I thought and “EEEEEeeeee!!!!!” came out of my mouth. I gleefully reached into my purse, found my wallet, located my voter registration card, and with the pride of the ancestors, I extended my arm to hand it to the ticketing agent. My flurry of emotion had gotten his attention, and he looked up from his terminal and at me. When I handed him the card, he stared in disbelief. Slowly he reached for the worn card, examined it suspiciously, and was flabbergasted. He went from doubt to shock with the reading of the card. He raised my card above his head and called to his left and then to his right—to the other agents at neighboring terminals—“Someone has it!  Someone actually has a voter registration card!” The other agents reacted with nods of approval and surprise. The African-American gentleman processed my ticket and gave me a boarding pass. He said to me while handing back my voter card, “Nobody ever has these.” I thanked him for telling me of the alternative ID and asked if I would have any trouble getting back into the USA from Canada with only a voter registration card as ID. He said, “It’s the law. They have to let you back home.”

My voter registration card has been in my wallet since 1980 – age 18. I carry the card as a symbol of ancestral work and sacrifice that created the democratic republic, the United States of America. The free labor of my African enslaved people provided ease in the creation of a democracy for those white men who reaped untold financial benefits and whose families still benefit from this legacy of blood and dehumanization. I carry my card to mark the progress of Black women. Through the leadership of such women as Barbara Jordan, Sojourner Truth, and Madam C. J. Walker, we are surviving. The card reminds me that in 1994, the brothers and sisters in South Africa seized democratic rights. I cried when after a three-day journey by wheel
barrel—with grandchildren taking turns pushing—the grandmother cast her vote for Nelson Mandela as president. I cried because so many grand-women did not have wheel barrels for transportation to the polls. 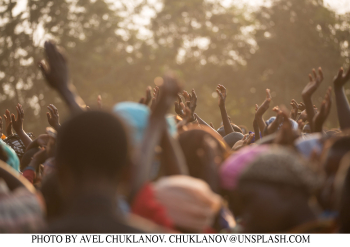 Lest my repletion become hollow romantic recollection and foolish sentimentality, I admit that I would have, even in 2002, known that my voter ID would allow me to cross the US/Canada border. Welding the power of democracy means knowledge of my rights as well as voicing my dissent when my rights and the rights of others are challenged, and even taken. The politicians and the system that benefits from my not knowing my rights must be challenged and dismantled.

Undoubtedly, the recent executive orders by the newly elected president that would have banned Muslim brothers and sisters from entering the United States was stopped by mobilized voters. Unquestionably, the House and House Leader Paul Ryan, on March 24th, canceled their vote to repeal and replace the Affordable Care Act due to the pressure of grassroots efforts by churches, synagogues, and mosques; by grassroots advocacy organizations like Black Lives Matter and Indivisible; and by those Republicans, likely voters for President Trump, who felt betrayed when the bill would shrink Medicaid. With widespread acts of protest and resistance in the first hundred days of the presidency of #45, the complacency of the American voter has been shed. It is, for voters, an exciting and dangerous time in democracy.

We are coming to the realization (again!) that liberty depends upon a voiced constituency. Without a voiced constituency, we have only ourselves to blame for the creation of a dictator as president. Democracy is not in the DNA of the United States. Instead, democracy is one of the most powerful ideas on earth and each generation must make the decision to doggedly pursue this profound belief or not. Classrooms hold the possibility of being the invaluable spaces where the idea of democracy is re-inscribed on every generation.

While I do not believe classrooms are in-and-of-themselves democratic spaces, I do subscribe to the view that classrooms are training grounds for learning to use the spectrum of voices needed for our flourishing democracy. Our students must become border-crossing sojourners able to discern what is right and just. The classroom is where informed and thoughtful citizens should be shaped, constituted, and inspired for the work of justice. Classrooms are the spaces to cultivate the voices that would challenge the oppressions that have a stranglehold on our democracy. 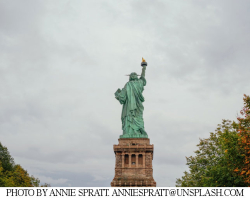