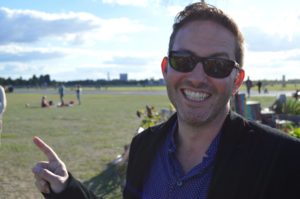 If you are like me, the weeks since the inauguration of the 45th president of the United States have been filled with shock, horror, disbelief, sadness and fear. These feelings come not only from the executive orders and policies that have been emerging from the White House but even more from the contest of what counts as “real news" vs. “fake news" or “facts” vs. “alternative facts." To be fair, there has been plenty of “fake news" coming from the left side of the spectrum as well. As a professor of Religious Studies deeply steeped in the methods of critical theories and postmodern thought, I have found myself a bit angry that political figures are using the critiques of objectivity and truth coming out of the academy to promote their own political agenda.

The critiques of Enlightenment thought are well known within the humanities. Horkeheimer and Adorno’s Dialectic of Enlightenment, for instance, brought attention to the ways in which reifying the whole world within the confines of a specific understanding of human reason (writ large) is violent toward many earth bodies (including humans).[1] Liberation thought and critical theories have been challenging the maleness, whiteness, euro-centric, and heteronormative understandings of Reason, Ultimate Truth, and Reality. Furthermore, the horrors of two world wars, the threat of nuclear annihilation, and the rise of global environmental problems associated with advances in industrialized technologies have challenged faith and belief in the narrative of scientific progress. But the last 40 years of postmodern discourse and identity politics within the humanities has, it seems, come back to haunt progressive politics.  Whereas the critique of objectivity and enlightenment values has marked a certain progressive strand of academic discourse within the western academy, this same “uncertainty” over knowledge and truth is being misused to spread confusion and “alternative facts” for motives of political power.

The postmodern turn is multi-perspectival, takes many turns, and has many different movements (it is really too large to be considered “one,” but none-the-less here we are talking about it under common nomenclature).  The critique of objectivity comes, as mentioned above, from a place of valuing diversity and difference.  Yet, the other side of this is that those on the “right” (especially) have been able to use this epistemic uncertainty toward their own advantage. Donald Trump and others on the right have used postmodern tools to undermine any truth at all: this is not, however, what postmodern voices call for. This is merely chaos spreading and propaganda.

The logic seems to be that if there is no objectivity or universal truth, the only option left is relativity.  This is simply a false choice.[2]  Objectivity and relativity pay little to no attention to what postmodernism is all about: embodiment.  It is the fact that we can’t escape our embodiment (and the histories that lead up to that embodiment shaping our experiences of the world) that neither objectivity nor relativity is possible.  What is possible is a multi-perspectivalism.  A multi-perspectivalism doesn’t say “anything goes.”  In fact, we can have common ground [3]. My favorite ones to argue for are: we are all subject to gravity on this planet, we are all mammals, we are animals, we need oxygen, water, and food to live, and we can’t claim to know exactly what any other person (or animal) is “thinking” or “feeling.” There are things we can agree upon as common ground - but this does not mean they are universal, for all times and places the earth was once not and it will be burned to a cinder one day. Paradigms from 100 years ago are different today and will likely be different 100 years from now.  Who knows, maybe we are in some sort of bizarre multiverse?[4]

Contextuality and embodiment, then, mean that we need multiple perspectives to help articulate the common grounds on which we stand, but that none of them can fully exhaust that reality.  The parable of the elephant and the three blind men comes to mind.  One still must argue for his/her position; facts and events still matter, it is just that they are not in some way naively “out there” for all to see in the same way.  So while the uncertainty of postmodernism has fueled Trumpism and those of his ilk, it is a really, really bad interpretation and misuse of postmodernism.  In fact, if postmodernity suggests (which I think it does) that certainty is always more dangerous than uncertainty, he has proven that. He is so certain that he needs to listen to no one else and take no other perspectives into account before tweeting to the masses. This is solipsism gone wild.

As an educator, how might we best resist the erosion of facts and truths in public discourse, while maintaining the best fruits of postmodernity? I think, first, we need to really start talking about vision. The education system in the US and in other countries is still geared toward educating national citizens. This has led to a false choice between globalization and nationalism. I (and others) have tried to talk about "planetarity" (following and developing on Spivak's understanding of this word).[5] A planetary understanding of the world recognizes us first and foremost as planetary citizens among other citizens (both human and non). We are, after all, but one species on a planet full of non-human bodies that are each just as diverse (if not more) as every human body.

Second, planetarity recognizes that the globalization of neo-liberal economics is not good for all bodies equally but only a few (the now so-called 1%). We need safeguards for local peoples, places, other animals, and environments in general. We need safeguards that do not undermine the integrity of our earth's systems, nor the integrity and dignity of peoples. Nationalism, however, is not the proper response. Nationalism leads to an every-person-for-himself/herself mentality. The worst, rotten fruits of which we saw in WWII. Going "back" is not an option; so how do we go forward?

Third, while protecting local places, a planetary vision of the world also recognizes that we are multiple, hybrid, pluralistic and changing. Difference in all of its forms is good and what constitutes our very own self-identity - there is no me, without a lot of you's. Hence the multiple "isms" that seek to wall one group of people off from another will always fail. We are interdependent (with other humans, other animals, and the rest of the natural world both present and past) and there is no getting away from that. All attempts to flee interdependence will result in violence toward other earth-bodies.

It may sound simple, and I don't have answers in terms of where we ought to go. But before we can even begin to answer the question of "ought", we have to raze the structures of our educational systems and get out of the current rut of the political rhetoric that assumes we must choose between nationalism and localism or globalization and neo-liberalism. Call it "planetarity," call it a new form of "Eco-cosmopolitanism," or by some other name.[6] But let's start imagining again together a different world to co-inhabit and fighting to break down the old structures that prevent us from doing so.  If the university is not a place for critically reimagining what it means to be humans, on a common planet with a lot of  other-than-human life, then I don’t know what the university is for.

[2] This is Haraway’s argument in: Donna Harraway, “Situated Knowledges: The Science Question in Feminism and the Privilege of Partial Perspective,” in Feminist Studies 14.3(Autumn 1988): 575-599.

About Whitney A. Bauman