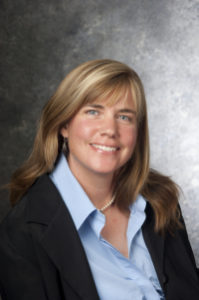 Conflict, Conversation, and Wobble in RS Classrooms (or the good things that can happen when cycling metaphors meet difficult conversations)

I am a cyclist.  I ride a hybrid commuter bike to work most days and have a road bike that has taken me up mountain passes and on to country roads outside of Dallas where views of fields and livestock replace the asphalt jungles of the Metroplex.  I picked up cycling almost a decade ago when it became clear that I needed some kind of response to the combined stresses of pre-tenure professional life and young children at home.   I got on the bike for outside time, physical challenge, and personal space.  I’ve stayed on the bike for all of these reasons, and also for what time on the bike has taught me about attentiveness, mindfulness, thinking spaces, and more recently, about wobble:  those moments when things slow down, or haven’t quite started up; when direction, volition, and commitment are in play.

In cycling, wobble happens when mounting, dismounting or moving slower than 2 miles per hour, often during a turn.  As things go, this is also when it happens in classrooms.  When conversations aren’t strictly guided, when listening replaces lecture, when a set authority structure is open to flux, intellectual patterns can come a little out of balance and preconceived ideas can change.  Put another way, transformative learning can occur.  Without the wobble, feet firmly on the ground, we can never get on the bike and ride.

My interest in wobble stems from some conversations about diversity and intellectual humility I’ve been having with colleagues from various places and disciplines,  and also from a recent workshop for faculty and graduate students here at Southern Methodist University on conflict and conversation in 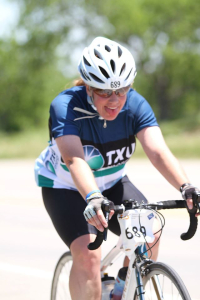 religious studies classroom spaces (thanks to Wabash for funding this with a small grant).  The workshop focused on understanding why contentious issues can be difficult to talk about, and also offered concrete methods for facilitating useful conversations across difference.  John Sarrouf, an experienced facilitator and Director of Strategic Partnerships at Essential Partners, led that workshop for us.  John was also kind enough to come and speak to my undergraduate class about the work he does.  It was in that encounter that I saw wobble in action.

John greeted the class and then asked if they were talking about the upcoming presidential election.  My otherwise talkative, engaged, and engaging students shrunk at the very suggestion.  Shoulders hunched, faces turned to their desks, they shook their heads.  They were thrown off balance, visibly uncomfortable, almost at a standstill.  Then, John asked what it would take to be able to have those conversations.  Under what conditions could they speak?  Their heads came up, they made thoughtful suggestions, and by the end of John’s 10 minute time, they had recalled productive discussions around Black Lives Matter, religious differences, and their experiences in our class.  They had turned an intellectual corner and were up and riding (thinking) again.  In an online discussion post that followed, one student mentioned a change in his thinking in response to a suggestion John made about talking to understand rather than to persuade.  Something in the wobble allowed him to hear, consider, and embrace a suggestion.  He learned something.

As in mounting and dismounting a bicycle, the wobble needs to be controlled.  Too much and forward momentum turns into a crash, too little and we never get that second foot off the ground.  Now that I am attentive to wobble, though, and have learned to use it by letting silence happen in discussions — by getting mindfully out of the way, or by not shying away from controversy when it arises — I have come to recognize its real potential.  Or more accurately, I can see it for what it is.  Before I saw discomfort or disengagement, things I wanted to minimize.   Now I am more likely to see the beginning of forward momentum.  I see the beginning of transformative, interesting thought, even around topics as challenging as religion. I hope my students can see the same.

Dr. Jill DeTemple is Associate Professor and Director of Undergraduate Studies in the Department of Religious Studies at Southern Methodist University. Her research interests include faith-based economic development, Latin American religions, Pentecostalism, and the use of dialogue in classrooms to promote intellectual humility, conviction, civic engagement, and learning. She is the author of Cement, Earthworms and Cheese Factories: Religion and Community Development in Rural Ecuador, and Making Market Women: Gender, Religion, and Work in Ecuador.