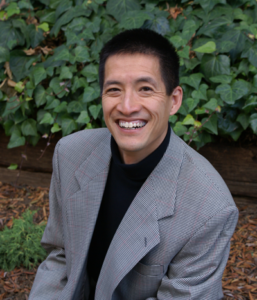 Those of us who spend our leisure time watching the Tennis Channel are guaranteed to have seen numerous episodes of the marketing promotion called, “Bag Check,” where the top players reveal, one item at a time, what they carry in their huge “clearly labeled” tennis bags. Even though we realize that we are marketing targets, there is something very compelling about analyzing the contents of the bags of these remarkable athletes, and seeing and hearing about what they have decided they wanted access to when they are out on the court during these high-stakes matches toward which they have invested so much of their time and energy.

Anybody who has seen me on the court is likely to have very little interest in the contents of my tennis bag, but, as a teacher, this image came back to me as I read several essays written about education and pedagogy in the 1980s and the 1990s, by noted scholar of religion, Jonathan Z. Smith, in which he talked about his practice of spending time in all of his introductory courses to “unpack” his syllabi. Before getting into each major part or section of a course, Smith would explain to his students what, among various options, he chose to focus on, as well as why he made those choices. According to Smith, he did so to show students that a syllabus is always already a constructed argument; talking about how and why he constructed his course in class offered students an (additional) occasion to reflect on how certain judgments were made and how those very judgments might lead to particular implications or consequences.

There was, for Smith, also a larger context for this practice. The introductory courses he was 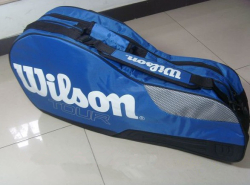 describing were all taught to undergraduates. Smith was transparent in explaining that these introductory courses of his were so-called “service” courses. That is to say, students who took these courses usually took them to satisfy their general distribution requirements; they were not taking them as majors in the study of religion. (Even in the early 1990s and at the University of Chicago, the number of religious studies majors was already rather small.) As a result, Smith came to the realization that teaching students disciplinary content and disciplinary methods of religious studies should not be his primary goal. Instead, he aimed to use these introductory “service courses” to help students think and talk about interpretation and argumentation. In other words, whatever content he chose to address in his introductory courses, including his explanation of his syllabus, functioned primarily as case studies to illustrate the reality of multiple interpretations and hence the inevitability of argumentation and adjudication. Why? Because as a literary scholar, Gerald Graff, has argued in his 2003 book, Clueless in Academe, learning to perform, engage, and analyze argumentation is what the academy and education should be all about. Smith went on to suggest that as a teacher, he would not mind if his students did not remember much about the content of his “service courses”; what Smith wanted from his students in these courses was for them to learn and develop the capacity to interpret and argue, as well as the ability to evaluate different interpretations and argumentations. In fact, since most doctoral students in the study of religion end up teaching introductory courses to undergraduates, Smith proposed that doctoral programs in religion should require every student to submit a syllabus with a written rationale for every element that had been included in the course design. (For the same reason, Smith would also like to see more faculty members who supervise doctoral students in religion participate in, rather than being “protected” or “relieved” from, teaching undergraduate introductory courses.)

Since moving three years ago to join the Religious Studies Department of a Jesuit liberal arts college, I have found a new and deepened appreciation for many of Smith’s insights. Like most religious studies departments in colleges and universities, mine is mainly a so-called service department, so my courses, especially my introductory New Testament course, are seldom filled with religious studies majors. While a number of them may have chosen to take a New Testament course because of their Christian upbringing, some are also enrolling simply because they have to do a class on religion and mine happens to fit their schedule.

For the reasons Smith articulated, I have also changed my introductory New Testament course to focus less on disciplinary content and more on honing students’ interpreting and argument-making skills. My “unpacking” of the syllabus, however, has so far been limited to the first class session of a semester and involves a quick rundown of what we will do and what I will require, but I have never taken the time to acknowledge and to explain—that is, to argue—why we should do what we do and why I should require what I require. Looking back, this is rather lamentable, as I know, even when I was teaching graduate students in a seminary, that scrambling to cover every New Testament book or letter in a semester-long “introduction” (i.e., in approximately 40 hours) would be pedagogically helpful neither to me nor my students.  I like the idea of disclosing my deliberations about the materials we will engage, and the approaches we will take with that material right at the outset of the class, not just as a matter of routine housekeeping, but as an example and exercise of the kind of thinking and learning that will follow throughout the semester. Doing so can display the complexity, the difficulty, and the responsibility of making informed but interpretive decisions of what to include and exclude, what to adopt and what to abandon in a world that seldom has neat and clean “answers.”

Perhaps it is time also for you to do a bag check: What’s in your bag?

Tat-siong Benny Liew is Class of 1956 Professor in New Testament Studies at the College of the Holy Cross, USA. He is the author of Politics of Parousia (Brill, 1999), and What Is Asian American Biblical Hermeneutics? (University of Hawaii Press, 2008). In addition, he is the editor of the Semeia volume on “The Bible in Asian America” (with Gale Yee; SBL, 2002), Postcolonial Interventions (Sheffield Phoenix, 2009), They Were All Together in One Place? (with Randall Bailey and Fernando Segovia; SBL 2009), Reading Ideologies (Sheffield Phoenix, 2011), Psychoanalytical Mediations between Marxist and Postcolonial Readings of the Bible (with Erin Runions; SBL, 2016), Present and Future of Biblical Studies (Brill, 2018), and Colonialism and the Bible: Contemporary Reflections from the Global South (with Fernando Segovia; Lexington, 2018). Liew is also the Executive Editor of an academic journal, Biblical Interpretation (Brill); in addition, he is the Series Editor of T&T Clark’s Study Guides to the New Testament (Bloomsbury).