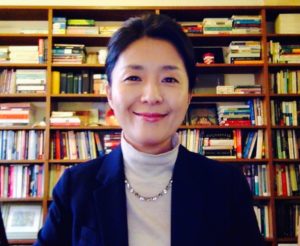 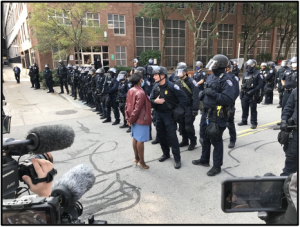 On March 30, 2020, Daniel Prude, a 41-year-old Black man, died a week after being pinned to the ground by police officers in Rochester, New York, where our school is located. This incident sparked protests, with some former and current students serving as public street chaplains, providing prayers and spiritual support and calling for police reform. When students expand and act out what they have learned in the classroom, should I pretend nothing happened in the community and the world?

Although the professor tries to take an apolitical position, students do not separate their learning from reading the world and living in the world. In a group addressing “Things they didn’t teach in Seminary,” a few former students asked practical questions such as how to respond to parishioners who resist sermons explicitly addressing or supporting social movements like #BLM. While types of activism vary—from hashtag activism to solidarity activism on the ground—and even if we do not use the term “activism,” our teaching necessarily involves our perspectives on social justice and our political positions and actions.

Paulo Freire argues that because education functions to reproduce dominant ideologies, it can never be politically neutral.[1] Teaching involves “reading the world” beyond the boundary of the classroom. Teaching the biblical text and its cultural and geographical world is not limited to the historical past but addresses highly politicized territory where people still suffer from wars and occupation. Some may be concerned when teachers impose their political perspective or ideology upon students because teachers have power, but when we find our former, current, and future students acting as civic agents for change and religious leaders in social movements, our activism as teachers does not force them to believe or act according to our convictions. Instead, as Freire teaches, students have the right to challenge or reject the teacher’s perspective and the ability to form their own views and speak and act out their opinions.

Many activists in the present time understand that what is critical in social movements is not charismatic leaders but the community. The student community has had to grieve and reflect on what they have learned, engaging the world. The pedagogical potential of performative grieving in times of state violence, argued for by scholars in education, came to the fore in my online teaching during the pandemic. I often had students who broke down because of losses—losses of persons, jobs, health—and because of the confusion that systemic racism brought during the pandemic. I was able to say to them, “It’s okay to say it’s not okay” or “It’s okay to cry,” not because I was stronger than my students, but because we needed such collective grieving. For me, building a community of mourning in the classroom was a gesture of activism.

However, as Angela Davis said, if “freedom is a constant struggle,”[2] how long should we perform grief in our teaching? Teacher-activists have become exhausted, particularly in the past years. Critically-minded professors are wrung out by bringing social justice issues into our teaching, one after another (racism, gender inequality, heterosexism, economic injustice, colonialism, climate change, etc.). I create and teach courses like Global Read of the Bible, Feminist and Womanist Interpretation of the Bible, and Migration, Immigration, and Diaspora. Teaching such courses requires continuous engagement with and activism for social justice, as well as a breadth of knowledge.

Such continued social challenges and grief causes emotional exhaustion. This is why we need to find communities of mourning and moments of contemplation. As I offered space for students in my classes to mourn, the Pacific Asian North American Asian Women in Theology and Ministry community (PANAAWTM) offered me a space for mourning when anti-Asian racism was climactic in the Atlanta mass shootings on March 17, 2021. Wo/men professors, students, and activists of Asian heritage gathered online to grieve, reflect, and pray together. A few sang Asian traditional songs and offered prayers of our ancestors. Through these practices, I gained spiritual strength, intellectual courage, and a clearer sense of commitment to teaching for social justice.

I am grateful for another opportunity that the Wabash Center is giving four Asian and Asian American female professors in New Testament through a Peer Mentoring Clusters grant next year. I am sure that reflecting on teaching—even such seemingly objective courses as Hebrew and Introduction to New Testament, which two of my colleagues are teaching this summer—will lead us to grieve and be “contemplative in action,” because our teaching is not an individual act, but is always situated in the particular contexts where we struggle against oppressions and injustices on the institutional and social level.

[2] Angela Davis, Freedom Is a Constant Struggle: Ferguson, Palestine, and the Foundations of a Movement (Chicago: Haymarket, 2016).