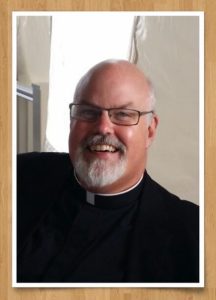 Injustice: A Failure of the Moral Imagination

Too often when grading theology work, I find myself writing critical comments on students’ papers reminding them that their responses lack substance and need to be supported by scholarship. Their work is interesting but, at times, can drift between heresy and emoting. They mean well in making application in their essays to their personal relationship with a deity or critiquing such reality, but I remind them that theology class is an academic endeavor to which researchers, teachers, and practitioners have given their lives. There are other spaces that are more appropriate for disclosing feelings and discussing personal relationships with God.

As we pivoted to remote learning and teaching, I found myself not being as severe in my demand for substantive support of their claims. In fact, in our section on social justice, I encouraged it. I wanted them to think deeply and broadly about justice. Justice demands a thorough critique of our present economic, social, political, and even religious realities. Our students need this in order to reimagine resources to meet the needs of tomorrow.

Understanding justice can begin with an experience of injustice. I asked my students to reflect on an instance in their lives when they were slighted or scammed. Subsequent questions focused on areas where, historically, I have not gone: When did you first sense that you had been violated? What was the catalyst? Did anyone come to your aid? How did this experience make you feel? How did you know what you experienced was wrong? Did this experience lead you to recognize others also have been victims of the same heinous or did you believe you were the only one to suffer?

The example that I used is driving in New York City. Whether students drive or take public transportation, all them know motoring here is a horror show, and what subsequently happens, too often, only deepens the disgust. I will be in the midst of heavy traffic on the expressway with everyone sluggishly driving to more open areas when all of a sudden a new lane appears to open up. What has really happened is that someone is driving in the safety lane to bypass the rush-hour traffic. I am always astonished by this. How could anyone do this knowing that all the drivers are frustrated and eager to get to their destinations?  They violate a basic rule of justice we learn as children: You don’t cut the line.

I then asked the students to recall moments of injustice from these months of Covid-19 and began with the same question “Where have you been slighted or scammed?” They recalled some hard experiences when others they know, or they personally, were offended during this time. These moments made often exclaim, “That’s just wrong!” I urged my students not to be quiescent in the face of these injustices, but to think more deeply about what needs to be rectified in the “new normal.”

Students admitted that in some instances people feel helpless, and, historically, many efforts to rectify injustice have failed. It is discouraging when perpetrators are not held responsible for their actions. They referenced my example of driving on that crowded road and the inevitability of others using the safety lane to bypass the traffic: “You can’t do anything about it. People are going to continue to do it. The police don’t even seem to care.”

Students are right. The police generally don’t get involved; they do not want to be stuck in traffic no less spend time writing moving violations. The other drivers and I could let it go, but we only would be contributing to a series of greater injustices. When people violate simple traffic rules on a regular basis, why do drivers tolerate such abase actions?  But, It is not enough to recognize an injustice. My response in traffic: pull to the side and block the line cutters from proceeding. It is a risky action. I admit that. But, perhaps, at an historical global pause when injustices, sadly, have multiplied, the human community needs to be more imaginative to offset economic, political, social, and religious abuse. The “new normal” does not have to be a return to business as usual and, as I remind my students, injustice is a failure of the moral imagination.

Patrick Flanagan is Associate Professor in the Department of Theology and Religious Studies at St. John’s University, New York. His main research interests lay in the areas of information technology ethics. He co-authored Good Business: Catholic Social Teaching at Work in the Marketplace (Anselm Academic, 2014) which applies the themes of Roman Catholic Social Teaching to the corporate world. He has published in the Journal of Business Ethics, Journal of Religious and Theological Information, and Chicago Studies. In addition to serving as an editor for the Journal of Religion and Business Ethics, he has served as lead editor for a special annual edition of the Journal of Business Ethics in conjunction with the International Vincentian Business Ethics Conference Promoting Business Ethics. Presently, he is working on a book project on virtuous navigation of the Web vis-à-vis the seven deadly sins.