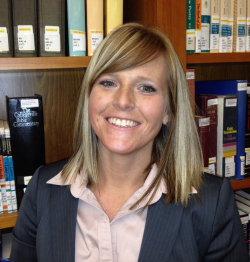 “Diversity” Extends to Ideology, but “Alt-Right” is “Not Alright”

It has now been over a full year since the 2016 presidential election. Yet, I still remember vividly the dark and raw thoughts I had the morning of November 9, 2016. When I woke up and learned of the election results, I was horrified that so many people had made a conscious decision to elect a person who embodied and condoned the evils of racism, misogyny, and xenophobia, to be the world’s most powerful leader. Most of the discussions I had that day with my family, friends, and colleagues centered around our inability to understand the political stances and ideologies that were reflected in so much (but not the majority!) of the popular vote.

In that grim day after the election, I remember thinking that educators, like myself, must have completely missed the mark. As a professor of theology, I was particularly troubled. The election had touched one of my core beliefs deeply—that is, the purpose of theological education is to form persons to think and act responsibly in the church and society. I remember thinking that my field had failed, and that we needed to rethink everything we had been doing in the classroom up to then.

As I read the analyses that were pouring in that day, one particular headline caught my eye: “Trump won because college-educated Americans are out of touch. Higher education is isolated, insular and liberal. Average voters aren't.” The article was written by Charles Camosy, a professor at Fordham University, who was proposing that the election reflected a divide in our country between those who have a college degree and those who do not. “The reality is that six in 10 Americans do not have a college degree, and they elected Donald Trump,” he declared. I had been thinking more about age-old racism and the divide between whites and non-whites as the reason for the election results. But, Professor Camosy presented a different analysis, one that has been troubling me and my role as a theological educator ever since I read it that day. He said: “College-educated people didn’t just fail to see this coming — they have struggled to display even a rudimentary understanding of the worldviews of those who voted for Trump.” What really stopped me in my tracks was his remark about how college-educated persons, “have especially paltry knowledge about the foundational role that different philosophical or theological claims play in public thought compared with what is common to college campuses . . . . [M]any professors and college students don’t even realize that their views on political issues rely on a particular philosophical or theological stance.”[1]

This statement made me pause, because it resonated deeply with my own experience, and, therefore, called me to task. I began thinking: Are the ideologies expressed in my assigned readings and classroom assignments monolithic? In my efforts to form persons to think and act responsibly, have I promoted an insular way of thinking?

As educators, we have a great opportunity (and perhaps even a responsibility) to present certain sets of values persuasively. I even state some of these values explicitly in my course syllabi. For example, I want my students to know that I value the theological voices of those on the margins, both in history and contemporary society. I am edified when students come to adopt this value of mine as their own. In addition, if certain values, like racism, ignorance, and bigotry, are displayed in my classroom, I clearly denounce them and explain why.

But, in my effort to rethink everything I have been doing in the classroom, Professor Camosy’s article has led me to consider a different approach: that I should be giving some attention to racism, ignorance, and bigotry, before simply denouncing it. In the classroom, this would entail assigning readings from the alt-right, for example. The goal would be to better understand the political and theological stances that undergird these values, which are often underrepresented in higher education, so that we and our students would understand them better. If I want my students to think and act in the world responsibly, shouldn’t they be able to understand the values they will be encountering and engaging outside of the classroom?

In the required texts and readings assignments on my course syllabi, I strive to include diverse authors. I understand “diversity” in this sense to mean the inclusion of writings by people traditionally marginalized because of their race/ethnicity, gender, class, etc. But, lately I have been thinking that I might do better to reconsider my definition of “diversity.” Perhaps it should include those marginalized by educational levels, age groups, geographic regions, values, and political standpoints?

To be honest, what has held me back thus far in assigning texts from certain political standpoints, such as those that are entangled with white supremacy, is my own aversion to them. I also do not want to be misunderstood as promoting the values espoused by such writings--or worse yet, risk students being convinced by their rhetoric.

So, I’m curious: What do you educators, who might be reading this, think is at risk in extending this definition of “diversity” or not extending it? On the most practical level, have any of you begun to include diverse political standpoints in your reading assignments? If so, how do you present the material to your students? Do you follow any rules or guidelines? Perhaps most importantly: Is your working definition of “diversity” effective, do you think, in preparing students to intellectually and socially engage with the world outside of the classroom more effectively?