Home > Resources > Blog > Teaching, Religion, Politics > Immediately after a political event: what to do in classroom?
Selected Items Select an item by clicking its checkbox
Actions for selected results:
Sign-up to receive email alerts when new blogs are posted Read our Blog Series List of  Bloggers

Immediately after a political event: what to do in classroom?

Sometimes classrooms feel like our family living room, with our families around, exposing all kinds of political positions and emotional responses, all of us trying to respond to some events that are going on in the world. We look at each other for help, or to hate, we hope for some understanding and make some sense of wild things. Our schools are in some ways, the extension of our common life and there we try to figure out our lives together. Porous as they are, schools and classrooms breathe and vibrate the world outside of them - subjectively and objectively. We get anxious about what is going to happen to our schools and if we are going to be able to cope and survive. Minorities feel the intensity of worldly events in particular ways.

Thus, schools and teachers must be aware of social political events going on around us and respond to them in careful ways. When institutions offer a collective response, with open spaces and written documents, it is easier to deal with the expansive classroom responses. Let me provide two examples of what I have experienced in the US: September 11, 2001, and the election of Donald Trump in 2016. The first event was my first day of class at Union Theological Seminary in New York and the second was my first semester as a teacher at Union Theological Seminary.

September 11 was a dramatic anxious day in NYC. We were lost without information and feeling so afraid. Classes were canceled and a gathering in chapel at noon was called. As we gathered, our school “pastor” started with words of assurance, sustenance, and support. We had people leading us in prayer, silence, and sharing words of wisdom for such a time as this. At the corner of the chapel, professor in Late Antique and Byzantine Christian History & Professor of Byzantine Christian Studies, and Orthodox Priest John A. McGuckin stood at a corner of chapel holding a long prayer bead and a cross that was swinging back and forth while his body moved back and forth in prayer for the world. I remember holding hands with now Prof. Jackie Hidalgo and finding solace in her company next to me. At some point, an airplane flew over our heads and we didn’t know what to expect. The whole chapel went into a deep silence as we waited for the airplane sound to disappear. We were together for about two hours and we left with more information about what was going on, how to protect ourselves and to learn how to rely on each other as the day went by.

In 2016, one day after the election of Donald Trump, the whole school, surely a very liberal school, went into an emotional and 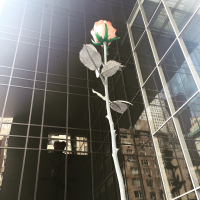 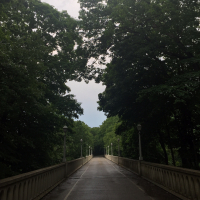 While fragile in its approach to the immensity of these times, these collective events served as a sense of communal support that was fundamental for gaining a larger perspective, to voice our own feelings, to know we needed to support each other, especially minority communities at higher risk, and to help us keep going. After these collective events, the work that was to continue in our classrooms was somewhat easier. No classes should go without pausing to attend to events such as these and to give voice to those either agree with us or are opposed to us. For someone to voice their support to Trump at Union was not an easy thing and we teachers have to hold them in their right to speak and honor their place in our midst.

In times such as these, we are tempted to demonize the ones we are disgusted with by their practices and cultivate hidden feelings that desire their sheer disappearance. It is easy to feel trapped in these opposed dualisms. However, to live with the contradictions of this seems incredibly absurd. Yet, this reality is what drives us to continue to engage each other, keep safety as a priority, and protect the most vulnerable and fight for what we believe. It is a daunting, even haunting task for the teacher in his/her classroom. If educational institutions can provide open spaces to deal with our fears and doubts and find support, we will be better teachers. At the American Academy of Religion last month, there was a space provided by some groups and led by the Liberation Theology Group that did just that: an open space was provided for conversation, to find out what to do, to learn with each other about the best ways to address political issues ourselves, with our peers and when back to our classrooms.

This blog is such a public space as well. Throughout these blogs posts, we will gain a better sense of how to access and engage our realities, of how to listen to one another and make classrooms open spaces that will better prepare our students, and ourselves, to deal with our burning world.