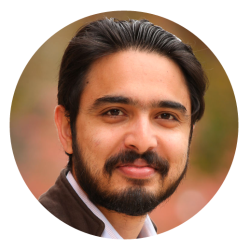 Genealogically Attuned Teaching in an Introductory Course on Islam

This blog builds on Caleb Elfenbein’s excellent post in this series “Scaffolding Theory at the Introductory Level.” I want to think about two interconnected issues in relation to engaging theoretical discussions in the study of Religion and the Humanities in an introductory course on Islam: 1) cultivating a practice of thinking critically about key categories like tradition, modernity, secularism etc. and 2) disrupting conventional binaries (like tradition/modernity, religion/secular) through which such categories are popularly approached. Perhaps the most difficult pedagogical task awaiting courses on religion and Islam is that of unsettling certain ingrained assumptions and attitudes that students bring to particular concepts. While dismantling common stereotypes about Islam to do with violence, patriarchy, and political repression is still reasonably doable, much harder is the task of disturbing entrenched assumptions about the presumed goodness of say modernity, secularism, pluralism and liberal democracy. This is a problem I struggle with in all my classes, not least the introductory course on Islam; in this and the next few blogs I hope to reflect on this struggle in hopefully productive ways.

So what could be some effective ways to share with students in an introductory course on Islam conceptual arguments that by now are taken as established positions in Religion Studies: for instance, tradition is not the opposite of modernity, religion is not the inverse of the secular etc. Put differently, how to do theory (or conceptual interrogation) without necessarily mentioning the theorists or having undergrads suffer through theory talk? Let me share some experiences/strategies on this front from my Islam course with corresponding commentary on potential benefits and persistent obstacles. In this post, I want to focus on the first day of the semester in which an assigned reading is discussed. The task I set for this day is the interrogation of the concept of religion.

I begin all my courses with chapter two of Carl Ernst’s Following Muhammad: Rethinking Islam in the Contemporary World “Approaching Islam in Terms of Religion.” This chapter charts in an eminently lucid manner major conceptual and political transformations in the category of religion over time. By comparing the understanding of religion espoused by pre-modern thinkers like Cicero (d. 43 BC) and St. Augustine (d. 430) with that of the 17th-century Dutch jurist Hugo Grotius (d. 1645), Ernst highlights profound ruptures in the early modern and modern career of religion. An earlier notion of religion, as for instance articulated by Augustine in his text Of True Religion centered as the cultivation of virtue through repetitive practice. In contrast, the modern concept of religion was marked by intensified competition over the question of authenticity (as found in Grotius’s text On the Truth of the Christian Religion). Moreover, Ernst shows that this modern competitive notion of religion was shaped in large measure by the power and politics of colonialism coupled with the activities of European missionaries who in fact used Grotius’s text as a debating manual.

What I find remarkable about this text is the way it presents in simple language the key features of the world religions argument that has occupied so much of the often-dense theoretical landscape of Religious Studies. I ask students (in small group discussions) to identify and list by thinker key differences between pre-modern and modern conceptions of religion, best encapsulated in the shift from “religion” as embodied practice to “religions” as exclusive clubs reducible to distinct scriptures and competing truth claims. We also spend considerable time discussing the intimacy of a modern competitive understanding of religion and the emergence of the modern state. Particularly effective in this regard is to complement this chapter with a sample of the British census survey in late 19th century India. It is through this visually charged primary source that students really get the tectonic implications of being compelled to box one’s religious identity into one among several competing options. Also invaluable is the narrative in this chapter involving a student at the American University of Beirut who when asked to identify his religious identity in university registration forms, responds in puzzlement “But I am an atheist?” To which the registrar responds, “but are you a Christian atheist, a Jewish atheist, or a Muslim atheist.” (p. 58). This story (that we read aloud in class) brings home for students the point about a modern countable and competitive notion of religion with particularly clarity.

But while students generally get the idea that meanings attached to categories like religion shift over time, they struggle to dismantle a celebratory attitude towards modernity and modern pluralism. In the Religion to Religions argument, while recognizing the problem of religions as competitive clubs, students tend to persist with the idea that having multiple religions is an achievement of pluralism in modernity. That the discourse of pluralism is itself stained with the violence of colonialism and modern state power is a point they are not quite ready to entertain. Particularly instructive in this regard is the critical attitude students often adopt towards Augustine on why his text was titled “of True Religion.” They often protest: why did Augustine not recognize (read respect) religions other than Christianity (the True Religion). The tenor of this discomfort says much about the deep internalization of liberal gestures of recognition and respect among undergrads. But despite all this, what Ernst’s chapter and starting a course with this chapter does achieve is the attunement of students to the labor of taking seriously the histories and ideological arguments invested in crucial categories of life like religion. But how can one sustain such a genealogically oriented pedagogy in discussions on more specific topics in Islam? That is what I hope to discuss in my next post on November 9th.